A BID to create a cooperative research centre (CRC) for the plant-protein sector has failed to win Federal Government support for a second consecutive year.

However, proponents say they are optimistic the concept will ultimately gain backing due to the global growth occurring in the category.

Professor Brent Kaiser, a legume biologist from the Faculty of Science and Sydney Institute of Agriculture, has led the push to develop a Plant Protein CRC to support research into the development of the growing plant-protein food sector in Australia. 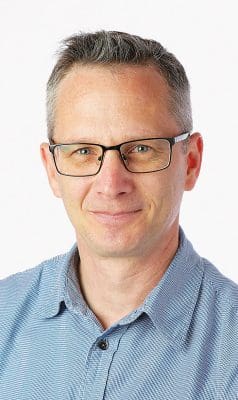 Professor Kaiser told Grain Central the bid was supported by dozens of research entities, State Government departments, universities and commercial plant protein-product manufacturers, with $72 million in backing from companies across the supply chain, spanning crop production through to extraction, processing, manufacturing and distribution.

The group’s initial bid was unsuccessful in the 2020 funding round.

Professor Kaiser said the application was updated to address feedback from that process and resubmitted in 2021.

However, it was again not among the six projects chosen for funding in that round, announced in December.

Professor Kaiser said the group had received limited feedback on why the application had been unsuccessful for a second time, with the primary message appearing to be that the project’s scope “was not broad enough” for a CRC project.

He said the project team was perplexed by that view because of the vast projected need for additional protein sources that will be required to feed a human population forecast to grow to 10 billion people within decades.

“Any mechanism to provide protein, regardless of where it comes from, should be welcomed, accepted and accelerated,” he said.

Converting Australian grown pulses into food protein products is also said to represent a massive market opportunity for Australian farmers, and helped to create important new value-adding opportunities in Australia, which the past two years of COVID disruptions to supply chains have demonstrated are needed.

Professor Kaiser said the Plant Protein CRC proposal was targeted across the whole supply chain from production of grain through to extraction, processing, manufacturing of foods, and distribution.

It would also explore a range of sub-activities including authentication programs to track product and technologies associated with extracting protein from a seed, and refining flavour profiles and other eating-quality attributes of final products.

Two regional scale facilities have been developed to process locally produced pulse crops into food protein products in Australia at Horsham and Ballarat.

Professor Kaiser believes the tonnage the industry will need could justify 10 such plants across the country.

At present, existing manufacturers of plant-based protein products in Australia are largely relying on an imported soybean protein base to produce the plant-based products they sell now.

A CRC would help to provide the research required to enable Australian-grown pulses such as faba beans, chickpeas or lentils to be incorporated into the same products, Professor Kaiser said.

“You need to keep on improving on those technologies to extract and to refine, and there are also overlying concerns about how you do that.

“The cost to the environment of the energy that you use, the water that you might use, how you recycle the waste. These are all sorts of technologies that need to be continually improved and enhanced to make sure the industry is sustainable.

“You don’t want to create a great new novel food product that has an environmental sting at the end because it is highly processed, (and) consumes a lot of electricity or water.” Professor Kaiser said the groups behind the application are being brought back together to discuss a future application.

“Agriculture and food are becoming very interwoven, you can’t just rely on production of a commodity anymore, you have to integrate into the manufacturing sector and the value-add sector, and all investors along that supply chain are looking to capitalise on that integration.

“I think there is still a lot of interest in this space and I think it has legs to take off.

“It is just a matter of some of the more traditional players getting involved and appreciating that this is actually not a competition, it is really about expanding current systems that we do.

Professor Kaiser said Credit Suisse has estimated that the plant-protein industry globally will be worth $1.4 trillion by 2050.

“Australia at the moment produces 4-6 per cent of the world’s pulses in a good year.

“That would quite easily translate, if you’re able to get access to all of those pulses in a hypothetical world, you’d be looking at roughly about a $100 billion industry on its own.”

“To me it all comes back to how pulses can do so much more, tackling the nitrogen issue associated with production in agriculture, and also supporting how other crops grow in the field.

“One of the cheapest, simplest, least negative way of producing food is growing legumes, where you have your own source of nitrogen, so it is a sustainable crop, and you’re turning it into proteins, so you’re basically producing a direct protein swap from the plant to the human in one hit, you’re not moving it through different types of animal systems to get to a human-based food.”