Rise in vegan-branded food and beverage 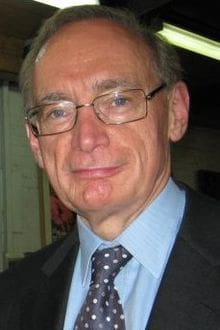 A lunch to be held in Toowoomba on August 5 holds specific interest for the beef industry and in particular Australia’s beef trade to China. Former foreign minister of Australia Bob Carr, will provide the keynote address on the Australia-China relationship and opportunities in the market for rural and regional Australia. The lunch will also involve the formal release of the Sino-Australian Cattle and Beef Relationship Report by the Australian China Relations Institute, of which Mr Carr is the director. The report encompasses a detailed analysis of the sector and elaborates on the prospects for beef industry growth under the China-Australia Free Trade Agreement. The first-of-its-kind report will be discussed by a panel at the lunch. Tickets are available at a cost $135 for members of Toowoomba Surat Basin Enterprise (TSBE), $165 for non members, with tables of 10 also available. Ticket purchases close on Friday July 29. For more information or to register for the event click here

Field trials near Newcastle by the University of Sydney have successfully demonstrated the ability of a farming robot to operate in a cattle station environment. “SwagBot” is capable of herding cattle, navigating through and round ditches, logs and swamps, and pulling trailers through the mud. Future trials will focus on adding more autonomous farm activities including monitoring and interacting with plants and animals. SwagBot was built to be a low cost, powerful robot to work across the expansive, rugged areas of Australian farm terrain.The battery-operated machine with all-wheel drive can reach speeds of 9 to 12 miles per hour (15 to 20 kilometres per hour) on smooth terrain. During the field test, the robot performed as was required and frightened cows. ‘They were obviously scared and ran away. It’s what we expected,’ Professor Sukkarieh told Mashable Australia.  ‘We use it to our advantage in herding animals, or we figure out how to monitor from a distance.’

A 14-month-old baby was taken to hospital seriously malnourished, after the parents reportedly kept him on a vegan diet. The baby, who cannot be identified, has been removed from his parents’ care in Italy. He was taken to the hospital by the grandparents last week and doctors were shocked to find out how weak the baby was, the Telegraph reported. The baby had dangerously low calcium and iron levels. It was reported that the 14-month-old measured just over the weight of an average newborn, while the baby’s calcium levels were so low they were considered life-threatening. He’s also had to have emergency heart surgery for a congenital heart condition. “This forces us to reflect on uncommon feeding regimes, even if in this case it was complicated by a cardiac malformation,” said Luca Bernardo, director of paediatrics at the Milan hospital that took the baby in, quoted by the Telegraph.“It is not a problem to choose different or unusual kinds of nutrition and we certainly do not want to enter into a discussion of the merits of the decision. But since birth, the baby should have had support in this case with calcium and iron.” After diagnosis, the hospital reported the case to the police and the baby was formally removed from his parents. The children’s court in Italy will now look into whether to give custody of the child to the grandparents.

Rise in vegan-branded food and beverage

Global food and beverage launches with a vegetarian claim rose 60 per cent from 2011 to 2015, says new report. In 2015 launches featuring the term “vegan” rose to account for 4.3 per cent of total introductions, up from 2.8 per cent in 2014 and just 1.5 per cent in 2012, based on Innova Market Insights data. The trend toward reducing meat intake in the diet has led to the emergence of new opportunities to target vegans, vegetarians, non-meat eaters and non-red-meat eaters. New opportunities are emerging too for so-called flexitarians, who mainly eat a plant-based diet, but do occasionally eat meat. “This trend represents a growing opportunity for high-quality meat alternatives, which is also being reflected in the 24 per cent average annual growth in global meat substitute launches recorded between 2011 and 2015,” said Lu Ann Williams, director of Innovation at Innova Market Insights. The majority of meat substitutes are still soy- or wheat-protein based, but products are evolving with alternative protein ingredients such as egg, pea, ancient grains and nuts. “Paradoxically, another key area of opportunity in meat substitutes may be in targeting meat eaters as much as vegetarians,” notes Williams. “While many vegetarians may opt for a diet rich in vegetables and beans, meat eaters may turn to meat substitutes if the product is right. Instead of just finding alternatives, technological solutions also need to be focusing on the development of meat substitutes closely mimicking the taste and texture of meat products.”

The annual ABARES survey of broadacre and dairy farms is now underway. ABARES Executive Director, Karen Schneider, said the survey is an opportunity to provide farmers, industry bodies and government with information essential to good business planning, investment and policy development.“Our survey collection officers will conduct face to face interviews over the next four months with more than 1900 farmers selected for the survey,” Ms Schneider said. “The data provided by these farmers helps ABARES to build an accurate picture of the financial and production performance of broadacre and dairy farms across the nation. Participation is completely voluntary and confidential. Ms Schneider said participating farm businesses receive a report that contains their farm survey results, together with the average results for their region. The ABARES annual broadacre industries survey is funded by the Department of Agriculture and Water Resources, Meat & Livestock Australia and the Grains Research & Development Corporation. Results from past surveys of broadacre and dairy farms are available on the ABARES website: http://www.agriculture.gov.au/abares/publications.