IT’S a new high-tech tag that helps producers to answer an age-old question when it comes to their cattle: Where the bloody hell are you? 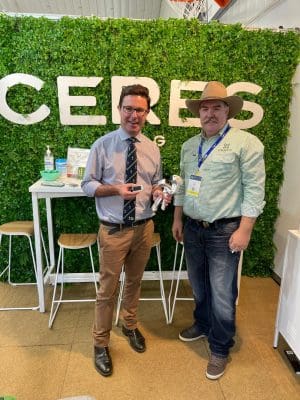 The Ceres Tag is a solar-powered ‘smart’ ear tag that enables livestock owners anywhere around the world to capture real time information on their stock including location, animal health data including activity, welfare and even real-time theft detection.

CEO and co-founder of David Smith said a key point of difference with Ceres Tag is that the tags can be ordered online straight from the company’s website, delivered to anywhere in the world and put to immediate use.

Because the tags are ‘direct to satellite’ they require no additional on-property infrastructure such as towers to operate.

It is in effect a “plug and play” innovation, Mr Smith said.

“Ceres Tag is the only solution to provide no additional infrastructure, no maintenance, no subscription, and no battery replacements,” he said.

After several years of development which has included practical trials on large herds in central Australia, Ceres Tag went on commercial sale for the first time at Beef 2021 in Rockhampton earlier this month.

And in a second milestone development this month, Ceres Tag yesterday announced it has sold a 5 percent stake to Australian-owned satellite, mobile technology and remote connectivity company Pivotel, in a deal believed to be worth about $2.5 million.

The Pivotel Group Pty Ltd has locations in the US, Australia, New Zealand, and Indonesia.

Mr Smith said the partnership with Pivotel will underpin the scale-out of Ceres Tag following its commercial launch in Rockhampton, not only into the global livestock sector but also into further commercial development areas including wildlife and companion animal monitoring. 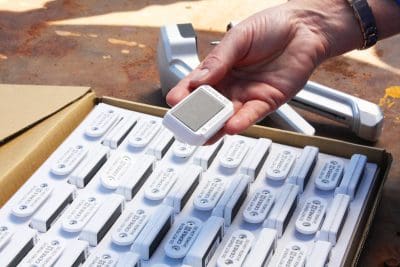 Pivotel Group CEO Peter Bolger will  join the Ceres Tag board of directors as part of the partnership announced this week.

“We have been watching and talking with Ceres Tag for the past two to three years and it is amazing what the team has achieved in the relatively short time frame and the innovative way they have approached developing the platform in collaboration with other stakeholders such as CSIRO, Australian Government, Queensland Government, Meat & Livestock Australia and their offshore partners such as Globalstar, Map of Ag and Yomura Technologies,” he said.

“We felt now was the right time to invest as they entered the market to provide the additional capital to scale the livestock platform and complete the pet and wildlife platforms to achieve their goal of being the world’s most comprehensive animal monitoring platforms”.

“Satellite is a strategic cornerstone to Ceres Tag’s platform and as Australia’s leading provider of mobile satellite services it was a natural symbiotic collaboration out of which the two organisations would mutually benefit.”

While stopping short of disclosing precise details Mr Smith told Beef Central this week that hundreds of thousands of dollars worth of tags have already been sold in the past couple of weeks.

Interest was coming from the full spectrum of industry from large corporates to smaller family farmers and absentee land owners, he said.

“Sales to small-scale producers in particular have been going great,” he said.

“They’re saying I am an absentee farmer, I want to know more about my animals because I don’t see them every day,” he explained.

“And the big guys are going ‘I only see them once a year, it would be great to know what they’re doing!”

Tag prices can range from over $300 each to less than $200 depending on volume purchased, with a starter pack which includes 10 tags and the applicator availabe for $3500. 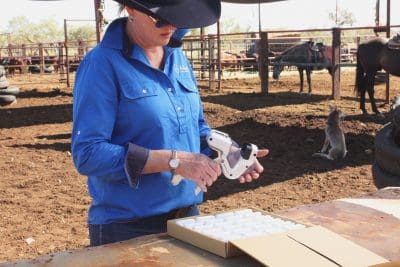 Mr Smith said existing customers were using them in a range of ways with some with smaller herds tagging all animals while others with larger herds opting for the “sentinel approach” and tagging 5 to 20 percent of cattle in mobs.

“Generally speaking the really big herds are doing the sentinel approach at the moment,” he said.

“They might just put them on their weaners coming through this year, and then the weaners next year, and over time the whole herd has tags.

“If cattle are approaching $3000 in value each, $200 per tag to track about 10 percent of them is one approach, because they hang around the herd anyway, you don’t have to tag every one of them.”

“Basically our message to farmers is that you know your operation and your cattle better than anybody else, we’re not going to dictate to you how you should use it.”

“When we started the journey, a lot of people told us that it would be impossible to do. And it was funny, as we went along the journey, how technology caught up with us. When you have a great team that are imaginative, that can solve these problems and work through them, we were able to generate a platform that took a complex issue and turned it into a very simple-to-use system.”