AUSTRALIA’S annual State of the Industry Report 2018 for the red meat and livestock industry has highlighted the  sector’s key economic and community role and its potential to make a bigger contribution, Red Meat Advisory Council chair Don Mackay said yesterday.

Australia was the world’s third largest global beef exporter in 2017, behind Brazil and India, and leading exporter of sheep meat, despite having only six percent of the global flock. 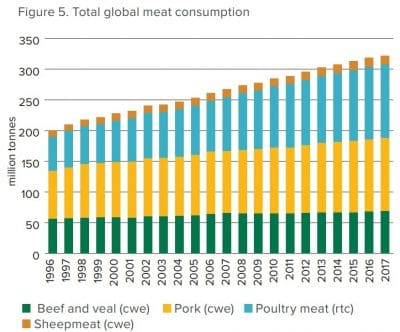 Australia also exported 867,056 live cattle, 1.9 million live sheep and 12,245 goats in 2017 and was the biggest exporter of goat meat in 2016, the report said. The nation’s red meat and livestock exports to more than 100 countries around the world last year generated $12.17 billion in revenue.

While Australia is consistently one of the top beef, sheepmeat and goatmeat exporters globally, competition in the international marketplace is intensifying. This is particularly apparent in beef with all of Australia’s major beef exporter competitors forecasting production and export growth in coming years. In addition, many of these competitors are seeking to grow their share in high value markets, such as Japan or the US, placing them in more direct competition with Australia.

The growing competition highlights Australia’s need to be even more focused on meeting consumer needs while increasing productivity and efficiencies through the supply chain and being even more targeted in marketing to key destinations, supported by in-market intelligence and detailed consumer insights.

The annual State of the Industry Report 2018 for Australia’s red meat and livestock industry was launched by agriculture minister David Littleproud at Australian Parliament House yesterday.

RMAC chair Don Mackay said the State of the Industry Report 2018 highlighted more than ever the need for good policy for the red meat industry to prosper into the future. 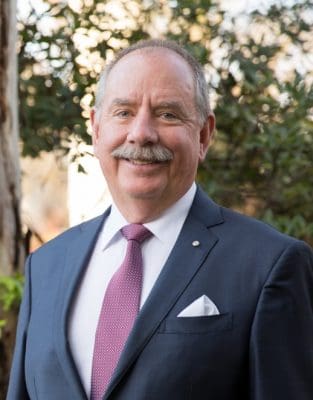 “The Australian red meat and livestock industry generated more than $13 billon for the nation last year and has the potential to grow its contribution through investment in our people, our land and opening up markets,” he said.

“Our industry requires $600 billion in additional investment by 2050 according to ANZ; yet we are the fourth most limited country globally in terms of impediments to attracting foreign investment.

“The industry is continuing to benefit from Free Trade Agreements in major markets of Korea, Japan and China, but our annual negative impact value of technical barriers to trade remains at a gigantic $3.4 billion per annum.”

Mr Mackay said Australia’s red industry has reduced emissions over a ten-year period by 45pc and set a clear sustainability agenda through the Australian Beef Sustainability Framework, but we need state and federal government policy that rewards our farmers, lot feeders, retailers and manufacturers for their sustainability contributions to Australia.

“Last but not least, we face a chronic shortage of people and need to build regions that are an attractive place to work; that facilitates the addition of overseas workers where local labour gaps exist.”

Mr Mackay said beyond exports red meat continued to be a key part of how Australians live their life with Australians one of the largest red meat consumers per person in the entire world. Ninety percent of these jobs were regionally and rurally based; and the combined workforce accounted for 4pc of total industry employment in this country.

“And Aussies still love red meat – what we don’t export, we eat. Australians are eating three times as much beef and five times the global average of sheep meat,” he said.

“Most Australians consider beef to be part of a healthy, balanced diet.”

State of the Industry 2018 was developed by the Australian red meat and livestock industry’s service provider Meat & Livestock Australia and builds on the inaugural report commissioned by MLA for the red meat industry in 2017.

It benchmarks where Australia sits in terms of red meat consumption, production, imports & exports, as well as the economic significance of the industry in a world where global red meat demand is projected to grow between 1-2 percent.

“As an industry, we will ensure we continue develop and prosper for the benefit of all Australians,” Mr Mackay said.

“We call on both the Coalition Government and the Opposition to consider how they can help our industry be the most economically, ethically and environmentally robust industry so that we can continue to sustain and nourish Australia.”

Click here to read the State of the Industry Report 2018.