The Office of the Chief Veterinary Officer (OCVO) has seconded four staff to work overseas – one at the Food and Agriculture Organization (FAO) in Samoa and three at the World Organisation for Animal Health (WOAH) headquarters in France.

The secondments build on the Australian Government’s efforts to support animal health with our near neighbours and globally, including through the provision of technical expertise to assist Indonesia in their response to the foot-and-mouth disease and lumpy skin disease outbreaks, and capacity building in Timor Leste and Papua New Guinea. 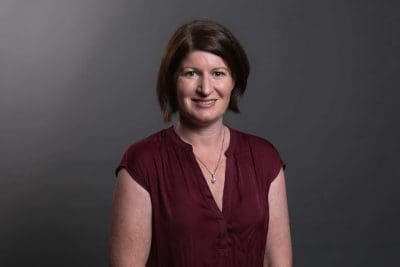 “This initiative will support Australia’s foreign policy priorities and represents our commitment to adopt practical means to strengthen regional cooperation and integration in the Pacific,” Dr Cookson said.

“The secondments will enhance Australia’s global reputation and leadership on animal health and agricultural trade, increase engagement in multilateral institutions and strengthen relationships with key partners.

“It will also build capacity and strengthen national and regional engagement with international bodies delivering on our commitment through the Commonwealth Biosecurity 2030 Roadmap.

“As part of this program we are sending an expert from the department to undertake a secondment to the FAO sub-regional office in Apia, Samoa to enhance the delivery of scientific and technical support to Pacific Island countries through increasing institutional capacity and One Health expertise.

This secondee will support the development of capacities of national livestock departments across the Pacific to respond to emerging animal health and production threats.

“Animal diseases don’t respect international borders, and the proximity of Australia and our Pacific neighbours highlights the importance of building animal health capacity in this region to counter the threat of animal diseases spreading, such as the deadly swine disease African swine fever which has been detected in PNG and Timor-Leste,” Dr Cookson said.

The World Organisation for Animal Health is recognised as the global authority on animal health that works with government partners to coordinate the global response to animal health emergencies, prevent zoonotic diseases and promote animal health and welfare.

“We are also sending three Australian experts to support the important work of the World Organisation for Animal Health in France, in the areas of international animal health standard setting and the implementation of these standards,” Dr Cookson said.

“A secondee will support the WOAH Observatory project, a continuous and systematic mechanism of observation and analysis of WOAH Members’ practices and intended to support implementation of international standards. Another secondee will be providing support for the implementation of the WOAH Aquatic Strategy, which is aiming to improve aquatic animal health world-wide.”

The third secondee will provide support to the WOAH on foreign policy issues, strengthening the organisation as the international authority on issues relating to animal health and welfare.

The Australian Government is investing $15 million over four years under the Global Agriculture Leadership Initiative to step up Australia’s contribution to international agriculture and food policy discussions.

Source: DAFF. For more information about this work visit: www.agriculture.gov.au/biosecurity-trade/market-access-trade/global-agriculture-advocacy