Australian agriculture had a bumper year in 2020-21, with a 17 per cent increase in value to $70.9 billion according to data released today by the Australian Bureau of Statistics (ABS). 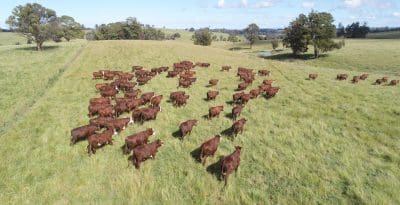 Amanda Clark, ABS Program Manager of Agriculture Statistics, said 2020-21 was a good year for agriculture with above average yields and record production for many broadacre crops such as wheat, barley, and canola.

“Total crop values in 2020-21 rose by 41 per cent compared with the previous year, while the value of total livestock disposals fell 6 per cent.”

“Many farmers reported crop yields being at ‘once in a lifetime’ levels, with records broken in many regions for key commodities. Compared with the previous year, the value of wheat grew by 99 per cent to $9.9 billion in 2020-21, with production up 120 per cent.” said Ms Clark.

With drought-breaking rainfall and improved seasonal conditions, the production and value of irrigated crops such as cotton recovered from recent lows, up 451,300 tonnes to 566,000 tonnes and gross value up $1.2 billion to $1.5 billion in 2020-21.

Results were more mixed for livestock. The value of livestock products was largely steady, with a strong result for eggs (up 28 per cent to $1.1 billion) offsetting falls in wool (down 4 per cent to $2.6 billion) and milk (down 3 per cent to $4.7 billion).

Declines in the value of livestock disposals were largely due to farmers using the improved seasonal conditions and better pastures as an opportunity to rebuild their stocks. This approach saw the beef cattle herd increase 4 per cent to 22.1 million head in 2020-21 compared with the previous year.