AUSTRALIA’s agricultural industries should set their sights on the expanding opportunities for supplying food to Asia where the value of food consumption is forecast to double by 2050, according to ABARES senior economist, Caroline Gunning-Trant. 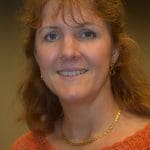 Speaking at this week’s Australian Agricultural and Resource Economics Society (AARES) conference in Brisbane, Dr Gunning-Trant said in a world where the value of food consumption in 2050 was set to skyrocket by 77 per cent on 2007 figures, China was the largest growth market.

“It will be important for our industry to be active in taking up opportunities in Asia to take into account the changing food demand to deliver what they want, rather than what we have to sell,” she said.

“With higher incomes, urban consumers are expected to increase their expenditure on convenience foods, restaurant food and fast foods. The share of food purchased from supermarkets, as opposed to ‘wet’ markets, will change. More packaged foods will be on the shelves. How Australia positions itself among its competitors will be very important.” 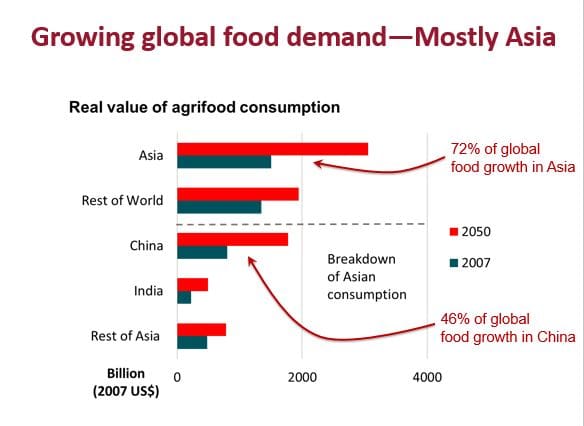 Dr Gunning-Trant said one of the key drivers of rising food consumption patterns in China was the swing to urbanisation where people were being pulled out of rural areas to urban areas because of the disparity in incomes.

“By 2050 about 80pc of the population will live in urban areas, driven by difference between in urban and rural incomes, which attracts migration from rural to urban areas,” she said.

“Urban incomes were about twice as high as rural incomes in 1990 and around three times higher in 2010. It is expected that disparities in per person income will continue between urban and rural consumers in China toward 2050, drawing more people away from rural areas.” 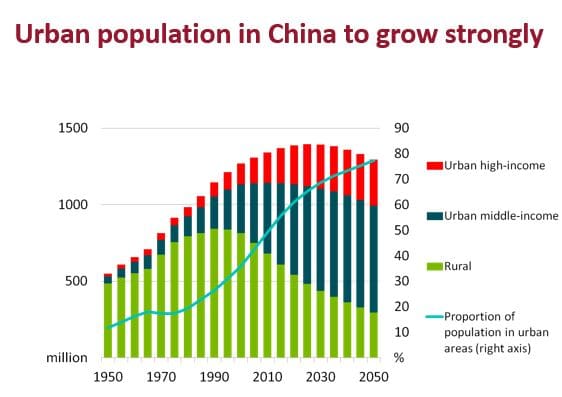 For many agricultural products, Dr Gunning-Trant said much of the increased consumption in Asia would be met through higher production in Asian countries themselves.

“However, our projections indicate that the expected increase in food production in Asia will not be sufficient to meet the rising food demand. Asian demand for imported agricultural products will increase toward 2050.”

While Asia presents significant market opportunities for Australian agricultural exports, there will be strong competition from other exporting nations.

Australia sits 14th in terms of total agricultural exports. The United States and Netherlands are the largest global exporters, but all exporters are eyeing the growing Asian market. 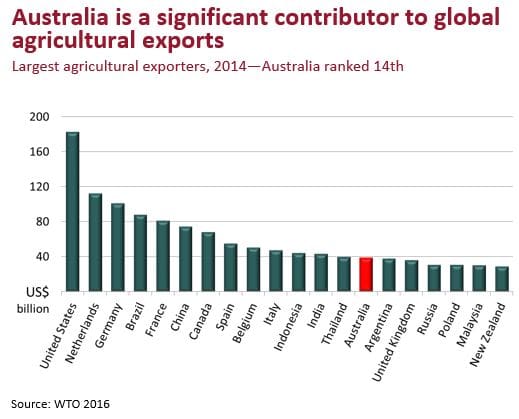 “When it comes to grains, we now compete with the Black Sea Region, which continues to improve the efficiency of its supply chain and benefits from lower costs of production,” Dr Gunning-Trant said.

“So, maintaining our competitiveness is fundamental to the success of our industry. Part of that will come from productivity growth, as well as continued emphasis on increasing or improving our market access and maintaining our reputation as a reliable supplier of high-quality product.”