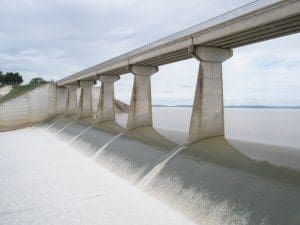 “Northern Australia has huge potential for development, particularly for agriculture,” Mr Joyce said in a statement issued this morning.

In highlighting the potential of the north, he said that a four metre extension on the Lake Argyle spillway would increase storage capacity by nearly five million megalitres. If found to be feasible, this extension alone would make it the biggest increase in public water storage in Australia in more than four decades.

“We are a nation smart enough and brave enough to take the next step and now we have the government motivated enough to do just that,” Mr Joyce said.

“There are obviously challenges associated with developing northern Australia such as the distances involved, need for infrastructure and unpredictable weather events.

“The White Paper will deliver funds to improve infrastructure, such as the $100 million Beef Roads Fund already announced to help producers get their livestock to market.

“In addition, and just as importantly, we’re investing in more world class research and development with $75 million for a new Cooperative Research Centre which will have a strong agriculture focus.

Beef Central first wrote about the proposal to establish a northern CRC in this article last year.

“New development in the north must be underpinned by stronger biosecurity,” Mr Joyce said.

“We have set aside $200 million for capital investment in water infrastructure in the north. In addition $20 million has been allocated for feasibility and resource assessment studies, including the Nullinga Dam, near Cairns, and the Ord Stage three.”

Mr Joyce said building the capacity and capability of the north was important, and this would be further enhanced by the Agricultural Competitiveness White Paper, set for release in the coming weeks.

“The White Paper announced today, and the upcoming Agricultural Competitiveness White Paper, demonstrate the Coalition Government’s commitment to agriculture as one of the five key pillars of the economy,” he said.

“Rural and regional communities across the north, and across the country, are critical to our economic strength and our national identity—and the Agricultural Competitiveness White Paper will continue to build on this.

“We are committed to improving returns at the farmgate to ensure our producers stay profitable and our regional communities and economies remain strong.

For more information on the White Paper for Developing Northern Australia, visit: www.northernaustralia.dpmc.gov.au