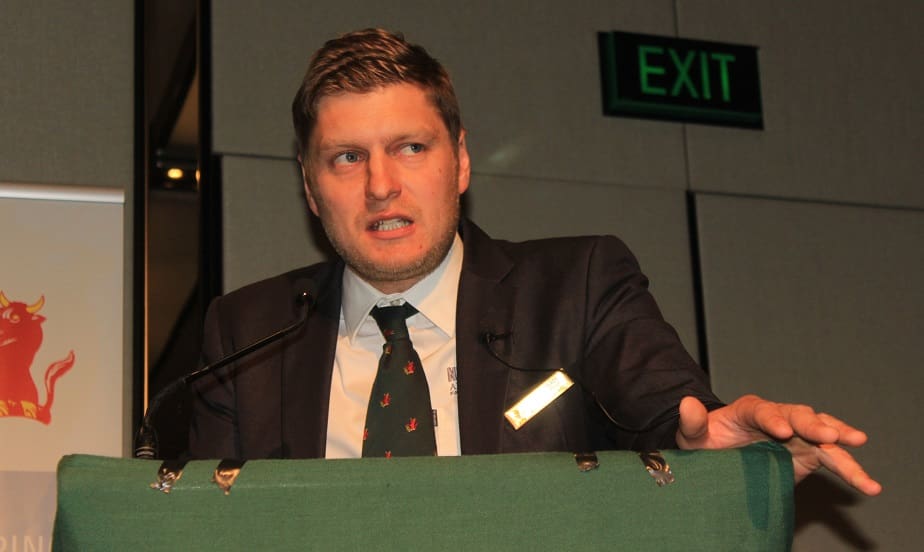 A RALLYING call for more grass-roots engagement with farmers to arrest the decline in farming body memberships and secure agriculture’s future was made at the Nuffield Australia national conference in Melbourne yesterday.

“I believe we need more farmers to be framers, it’s up to us to get involved to lead the charge for change.

“Our destiny is in our own hands – it is up to us – the world is run by those who show up; so we need more of us to show up.”

Mr Meade said Australia’s agricultural organisations needed to refocus on and target engagement at the grass-roots level. This needed to target why the next generation of farmers were “not coming on board.”

“And it’s not just relying on social media to do so either.

“I found it is a lazy form (of engagement) – they stop looking at it after a while,” he said.

“It’s about getting people representing the organisation on the ground, getting to local events, talking to farmers directly, looking them in the eye, driving down driveways and saying ‘we need you to be involved’.”

The Victorian Farmers Federation member and Moyne Shire councillor said this will mean more and better field officers on the ground.

“To fund that, they’ve got to have some strength behind their message and that comes in numbers, strength in numbers.

“The numbers are dwindling, the numbers are dropping off, so I think it is at a stage now where we’ve got to look at it fairly quickly and prioritise to re-engage face-to-face at the grass-roots level all around Victoria,” Mr Meade said.

Mr Meade is hoping is research will achieve more representative Australian agricultural policies that benefit the broader agricultural industry and its reliant communities.

Greater grass-roots engagement would generate better representation of the views of local farmers in policy and research, he said.

“If we don’t, we are getting inaccurate information, we’re getting policies that may only be representing the few noisy farmers.”

Mr Meade said there needed to be increased investment in field officers and regionally-based staff, as the “front line” for effective engagement.

“Have farmers set their direction and demonstrate value and performance.”

His recommendations included simplified membership fees – more farmers paying less rather than fewer farmers paying more and greater opportunities for the wider community to be involved to “spread the word of ag.”

Mr Meade said local branches and committees are critical to engagement and are the bedrock of organisations. He recommended that the majority of ag leaders should be elected by farmers, rather than appointed; which he noted created angst among farmers internationally.

After visiting farmer organisations in the United Kingdom, the United States, Ireland, China, Canada and New Zealand, Mr Meade said most had commodity groups working together under one banner, particularly in the advocacy space. He said their needed to be more research in this area in Australia.