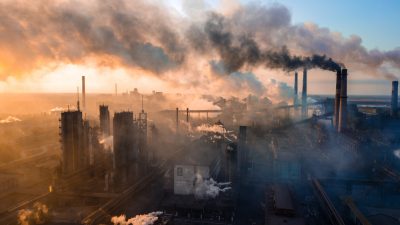 THE National Party has agreed to back a net zero emissions by 2050 target, with the divisive issue leading the debate in Canberra this month.

All 21 Federal Nationals’ members and senators met on the weekend to come to the decision, with Prime Minister Scott Morrison set to take part in the COP 26 UN Climate Change Conference in Glasgow this Sunday. 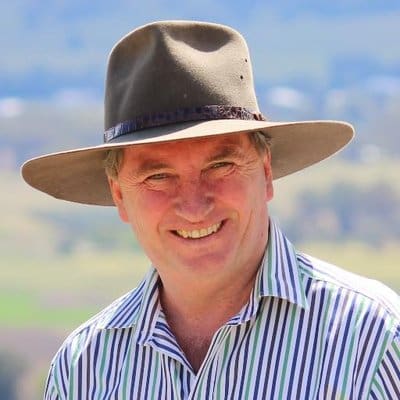 Deputy Prime Minister Barnaby Joyce is yet to discuss the specifics of the Liberal Party deal, but said in a Facebook post his party had been given “support, protections and safeguards.”

“The Nationals have agreed in principle to the net zero 2050 emissions goal, conditional on Cabinet endorsing the commitments agreed by the Prime Minister and myself,” the post said.

“I want to thank my colleagues for the cogency of their arguments and the respect they have shown each other throughout this process.

“It is now the job of The Nationals to continue their role of making sure that the process going forward does not leave anybody in regional Australia behind.”

The National Farmers’ Federation has been one of the loudest in the debate over the target, earlier this month demanding producers be compensated for doing the heavy lifting on earlier targets. Similar calls were made by Queensland’s Agforce and New South Wales Farmers. 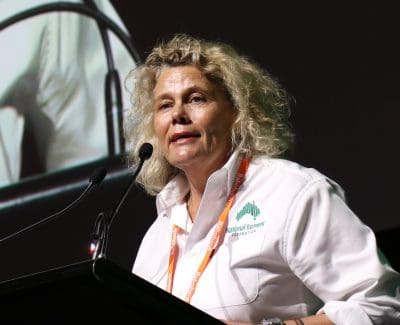 On the weekend, the NFF aired some more concerns about the looming climate summit. President Fiona Simson said the government must ensure Australia’s livestock production does not decrease, with a draft report for the summit suggesting taxes on meat.

“There is no case to provide greater focus on methane from livestock. In Australia we are already well down the path of reducing livestock emissions,” Ms Simson said.

“We are advised that net zero doesn’t mean zero for enteric methane, and we know that methane in agriculture is part of a broader natural cycle.

“Technologies to mitigate enteric methane are well advanced, and the place of livestock in socio economic  and dietary contexts is critical.”

MPs still divided on the issue

With the NFF and other lobby groups demanding concessions be made for an emissions target, Nationals’ senator Susan McDonald said the party came up with the right balance.

“We have successfully negotiated a range of support, protections and safeguards for regional Australia, conditional on Cabinet endorsing the commitments agreed to by the Prime Minister and the Deputy Prime Minister,” she said.

“This deal ensures our regions can continue providing the good-paying, stable jobs in mining, agriculture and transport that are the lifeblood of our economy.

Within the National Party, Qld’s Matt Canavan has been and remains one of the loudest opponents to the target.

“Net zero emissions is a green fantasy that will end in tears,” Mr Canavan said.

“As night follows day, this will mean more red tape and higher taxes. It means more government intrusion into your lives and less freedom for us all.

“I will keep up the fight for Australian workers. The cost of these green policies will become increasingly obvious and we will put a stop to it.” 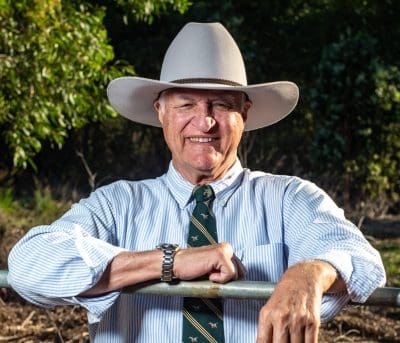 North Queensland member Bob Katter has also been a strong opponent to an emissions target and said the Nationals had lost credibility from its decision.

“They went to the last election opposing this strongly and now, three years later, they’re going along with it,” Mr Katter said.

“My own thoughts are that the LNP and ALP are lying through their feet about net-zero and won’t be game enough to bankrupt the country.”

While the target has divided the parliament and the NFF is sceptical, some farming groups have supported it outright.

Farmers for Climate Action CEO Fiona Davis said the Naitonals’ decision was a big step forward for the issue.

“We look forward to seeing the details of the federal government’s plan and what it will mean for regional communities and agriculture,” Ms Davis said.

“This plan needs to be credible, in line with the latest science and consider climate impacts farmers are already seeing on the ground. We need urgent action to reduce emissions this decade.”

Ms Davis said the decision had potential to give regional Australia an economic boost.

“We believe regional jobs will flow from sending a clear signal to the market and unlocking investment in regional Australia,” she said. 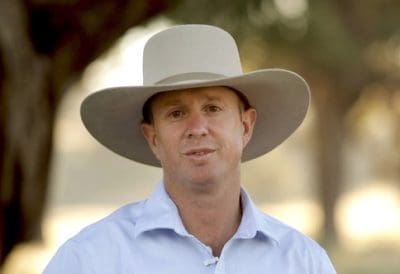 “Regional Australia needs a strong voice as climate policy is created to make sure we capitalise on the opportunities available and boost regional jobs.”

“A net zero target may actually increase opportunity for beef producers because there will be greater uptake of initiatives like soil carbon farming,” Mr Webb said.

“To get to neutral, you need to either reduce carbon emissions or sequester carbon by taking it out of the atmosphere and putting it back into the soil.”