Australia may generate world-leading agricultural research, but it is world-lagging when it comes to commercialising its ideas and innovations.

Australian innovations captured less than one percent of the boom in global investment that flowed into the agri-tech sector in 2015, as the inaugural 400m Ag Innovate forum in Toowoomba was told last week.

What is holding us back? ‘Small population’ syndrome is partly to blame, believes one industry expert.

“The big corporates are incredibly focused on the big markets like the US and Europe, and we just don’t make a ripple, we’re too small,” venture capitalist Andrew Kelly, from Auckland-based BioPacific Partners, explained.

“They equate small population with no innovation.

‘They actually say – 20 million? Can’t be anything happening down there. Can’t be.” 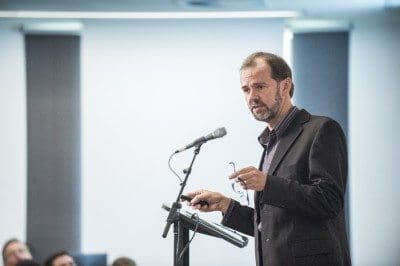 Mr Kelly is well placed to comment on the global agri-tech investment market.

He is one of the very few venture capitalists who specialise in encouraging major multinationals with significant R&D funds to invest specifically in agri-tech innovations developed in Australia and New Zealand.

A former veterinarian from rural Victoria, Mr Kelly has worked in the venture capital field for more than two decades.

In 2005 he co-founded BioPacific Partners in Auckland, a venture investment fund specialising in food, agriculture, health and wellness in Australia and NZ.

Many of the corporate giants with whom Mr Kelly deals have money, scale, reach and global aspirations.

However, many also have little awareness of agri-tech innovations happening in our comparatively small and remote corner of the world.

Distance from the big US and European markets, a lack of confidence in the value of our own ideas, an inability to “talk the talk” when dealing with big VCs, and the perception that with small populations comes no innovation, were among the barriers preventing greater global investment in Australian and NZ agri-tech, Mr Kelly believes. 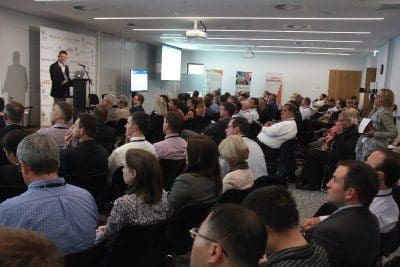 The 400m Ag Innovation forum, hosted by the Toowoomba Surat Basin Enterprise, Food Leaders Australia and the University of Southern Queensland, attracted a diverse range of agri0tech investors and innovators.

BioPacific Partners’ pioneering efforts to bridge that investment gap are clearly paying dividends, with the company facilitating (and co-investing in) seven investment deals between big corporates and small tech innovators in Australia and NZ in the past two years.

So, what can small agri-tech developers learn from Mr Kelly’s extensive and unique experience in this area?

At the 400m Ag Innovation forum he shared several key messages for small agri-tech innovators to keep in mind when pitching for funding support from large corporate-sized investors.

“These are things we see continuing to go wrong when people are courting big VC investors from offshore,” he explained.

“A fascinating truth is that when, after plaguing people for weeks or months, you finally get a meeting with a big corporate, about 40-50pc of the time you are walking straight into an internal competitor,” Mr Kelly explained.

“The internal competitor is the person in charge of new R&D trying to develop the new X you have invented, and you are coming in an saying I have a better one.

“It is a very human situation. Here is a person who has a 20 year career in leading R&D, who has been paid relatively big bucks to be at the head of the field in his area, and who has been working for that company for a long time and who has a team of people and a budget that is dependent on what he is producing, and you are going to ask him to say he is wrong, or he came second.

“You will not always get the nice reception you think you will, even if you come in with a pearler of an idea that will solve their problems.”

When dealing with an internal competitor, you must be very persuasive and your product has to offer a more than competitive advantage over the company’s own competing innovation, Mr Kelly said.

“Don’t go into the head of the internal R&D group and say I’m better than you.

Find the head of the external R&D group and say I am better than him,” Mr Kelly said with a grin.

When a VC asks you to send something, send it straight away.

“You have to be responsive, strike while the iron is hot,” Mr Kelly urged.

“It is a summary fact of life, these people are incredibly busy, you will have long period of silence where you think nothing is happening, but they have other things happening, they are all human, and eventually they get back to you.

“You should always be responsive, if they ask for something send it, bust your gut to get to them.”

Understand the steps to commercialisation

If you are pitching an early-stage innovation, it is imperative when talking to a VC that you understand the steps involved in getting that invention to commercialisation.

This includes knowing the registration processes and regulatory approvals involved, and fully thinking through the consequences of your invention.

“Because if you haven’t thought them through you will look like a fool, and

you will be sent out of that office at the end of the meeting with no feedback and they will say that person didn’t even know the first thing about my problem.

“Even if you are not a commercial person think through it and talk through it because if you don’t understand it that is one of killers of an otherwise good pitch.”

Use very simple language, particularly when dealing with people for whom English is a second language.

Within the English language there are huge variations surrounding the use of idiom, humour and expression from one culture to the next, Mr Kelly warned.

“The number of times I have sat in a room or in a teleconference, and listened to an Australian pitching a story, and I know in about five minutes that the person at the other end has missed 30pc because of the rapidly speaking, strong use of humour and idiom, during the presentation.

“Someone once said – ‘you wouldn’t wear thongs while out bushwalking’.

His advice? Slow down, repeat and clarify, and avoid long convoluted sentences when speaking or writing. Long sentences with too many commas are sure to result in recipients who lack strong English skills mixing up and misunderstanding the meaning.

Also, when writing an email to someone on the other side of the world, convert the precise time of your next scheduled phone call or meeting to their time-zone and location to eliminate the chance of miscommunication.

“These people have the busiest inboxes of anybody I have ever seen,” Mr Kelly said.

“They are getting a constant flow of pitches and ideas.

“You have got to remember that when you are dealing with them.

“You have to remind them every time email them, who you are, what your pitch is.

“Remember that you are competing with a whole lot of others who are clamouring for their time.”

“This is the biggest one of all,” Mr Kelly said.

“It is incredibly important to know your competitive position.

“Many people think they have figured out that their new idea or product or machine is actually meeting an unmet need, but what they forget is that there are likely to be six other ideas meeting that same unmet need.

“And three are just on the market, three are already in development and all six of them are talking to the same person.

“So you have to walk in the door and say this why my idea is better than the others, you have to know that.”

So, what do good pitches look like? As a final word, Mr Kelly offered this description of what to aim for: 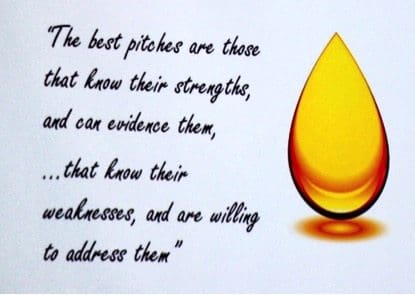