RURALCO has today confirmed it has entered into an agreement with Nutrien Ltd, under which the Canadian agri-giant has agreed to acquire 100pc of Ruralco shares for a cash price of $4.40 per share. 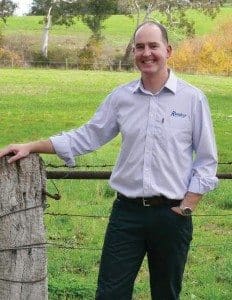 The agreement outlined in the Scheme Implementation Deed will now be subject to a vote by Ruralco shareholders at a soon-to-be determined date.

Ruralco said the price represents a 44 percent premium to its one month weight average share price. The offered price is about 30pc higher than the $3.06 level at which Ruralco shares stood when when the company entered a trading halt pending an announcement of a material transaction yesterday.

“The Directors of Ruralco believe the Scheme Consideration, inclusive of the Special Dividend, represents compelling value for Ruralco shareholders and would create a robust rural services provider, with significant benefits for farmers, businesses and communities across regional and rural Australia,” the statement said.

The Scheme is subject to certain conditions, including approval from the Australian Competition and Consumer Commission (ACCC) and the Foreign Investment Review Board (FIRB).

The Scheme Consideration values Ruralco’s fully diluted equity at approximately $469 million, and at an enterprise value of $615 million.

The statement said each Director of Ruralco intends to vote in favour of the Scheme in respect of all the Ruralco shares controlled or held by, or on behalf of, that Director.

Ruralco Chairman, Rick Lee said: “There is strong logic in bringing together the trusted businesses of Ruralco and Nutrien’s Australian subsidiary Landmark to capture synergies, efficiencies and cost savings in our highly competitive rural markets. This will benefit both our farmer customers and their communities.”

“During our negotiations with Nutrien, we have been encouraged by their understanding of our businesses and of their importance to regional and rural communities.

“The offer from Nutrien represents whole-hearted endorsement of Ruralco’s existing Future Farming Strategy and the future growth potential across its businesses.”

Managing Director and Chief Executive Officer, Travis Dillon said: “From our discussions with Nutrien, we know that they value the quality of our network, our employees and their contribution to the success of the business just as highly as we do.”

“Throughout this transaction process and beyond, we will ensure our staff, our customers, and all farming communities continue to enjoy the high level of service and support they’ve come to expect from Ruralco businesses.”

A copy of the Scheme Implementation Deed signed by the parties, which includes full details of the conditions to the Scheme, can be viewed here.

Ruralco said a Scheme Booklet containing information relating to the proposed acquisition, reasons for the Directors’ recommendation, an Independent Expert’s Report and details of the Scheme meeting will be prepared and provided to shareholders in due course.

Shareholders will then have the opportunity to vote on the Scheme at a Court-convened shareholder meeting.

Subject to shareholder approval being obtained and the other conditions of the Scheme being satisfied, the Scheme is expected to be implemented in the second half of 2019.

Ruralco said it expects to update the market on an indicative timetable in the coming months.

NUTRIEN has confirmed that its Australian subsiary Landmark is engaged in discussions with Ruralco regarding a potential transaction.

In a statement to the Toronto Stock Exchange Nutrien said “no decision has been made as to whether to proceed with the transaction, no agreement has been reached, and there can be no assurance that any transaction will result from these discussions”.

“Any potential transaction would be subject to the parties negotiating and entering into a definitive agreement and satisfying its conditions,” the statement said.

“Nutrien will not comment further, or in any detail with respect to any potential transaction.”

Ruralco Holdings Limited has announced a trading halt today amid reports it is the subject of a takeover bid from publicly listed Canadian fertiliser and agribusiness giant Nutrien, which owns Ruralco rival Landmark in Australia.

Ruralco Holdings Limited requested a two-day trading halt this morning pending an announcement by the Company in relation to a material transaction.

An ensuing online report in The Australian newspaper reported that $36 billion agri-behemoth Nutrien, which is listed on the Toronto Stock Exchange and New York Stock Exchange, is expected to announce a takeover bid for ASX-listed Ruralco in a deal believed to be worth about $450 million.

Nutrien was created when Potash Corporation and Agrium merged in 2017.

If it proceeds – beyond an agreement between both boards the deal would still require shareholder support and Foreign Investment Review Board and Australian Competition and Consumer Commission approval – the deal would combine two of the big three rural service providers in Australia.

It currently has a market capitalisation of around $320 million and a workforce of over 2000 people.

Nutrien is based in Saskatoon, Saskatchewan and produces and distributes over 26 million tonnes of potash, nitrogen and phosphate products for agricultural, industrial and feed customers world-wide. It is reported to be the world’s No. 1 producer of potash and No. 2 producer of nitrogen fertiliser with operations in 18 countries and more than 20,000 employees worldwide.

Through the merger of Potash Corporation and Agrium finalised in January 2018 it also has an extensive global direct-to-farmer retail network including Landmark which has over 200 branches across Australia.