RFF directors hit back at US short seller, increase shareholdings THREE Rural Funds Management directors have increased their individual share holdings in the listed rural property trust Rural Funds Group (RFF) as they continue to defend the company against claims by a US short seller that its stock is overvalued.

In a statement to the ASX and a webinar presentation in recent days  Rural Funds Group said the multiple accusations made against it by Texas-based Bonitas were incorrect and reassured investors it stood firmly by the accuracy of its audited accounts.

Rural Funds Management says it has also asked accountancy firm Ernst & Young to conduct an independent review of the claims made by Bonitas, which it expects to be delivered within the next three weeks.

After plunging by 44 percent on Tuesday morning after Bonitas released a report publicly challenging RFF’s valuations, triggering a suspension of trading in RFF shares, the stock rose by 56c yesterday following Mr Bryant’s investor webinar to close at $1.92. 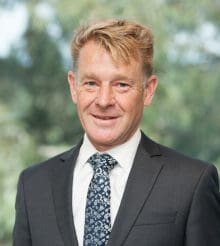 Mr Bryant explained in yesterday’s webinar that the RFM board had taken a look at its trading policy and confirmed that directors were able to trade.

“Normally we would have a two week blackout prior to the release of accounts, however, under our policy we are able to lift that blackout period which we have done,” he explained.

“So RFM directors and staff are able to trade and I personally will trade and I understand others will too. For avoidance of doubt, I will be buying shares.”

Mr Bryant explained to the webinar that RFF was a “very simple business”.

“It is a property trust that buys farms, it rents them out, the expenses are paid for running the business and the distributions are paid to investors from those cash flows,” he said.

“Also note that the moment our pay out ratio is somewhere around 80pc so there is an enormous margin to maintain distributions and that is part of our strategy for also maintaining distribution growth.

“As you aware over the last couple of annual results announcements we have stated we have a policy or an objective of maintaining distribution growth of 4pc per annum. We remain on track for that also repeat our guidance remains on track for our annual accounts that will be announced in the coming three weeks.”

Mr Bryant told the webinar RFM’s strategy in response to Bonitas was to provide a response which deliberately lacked detail “because detailed explanation can be interminable”.

“Particularly in these sort of instances where it would be reasonable to expect that as soon as we provide a response, Bonitas, who are not constrained by the Australian Corporations Act or by Australian Defamation Law, are free to write whatever they want and as quickly as they wish.

“So instead, we have reset the rules of the game such that there will be a detailed response from an independent third party (Ernst & Young).”

He said there will be three layers of confirmation that the audited accounts of RFF were accurate and “therefore every single statement by Bonitas is incorrect”.

In response to a question as to whether RFM would pursue Bonitas if its allegations were shown to be false, Mr Bryant said that “was the least of the company’s concerns”.

He said the company will consider its options in time but added that possibilities of legal action may be remote because it was “most likely that they have no assets”, and would also be out of jurisdiction for Australian defamation and corporations laws.

Mr Bryant said RFF has had “no contact from Bonitas at all” and were unaware the document was going to be selectively released as it was.

In the webinar he conceded that an accounting error had been made in a single cell in the notes to its accounts, but he said it did not flow through and was not an issue.

“We believe that RFF had artificially inflated its reported financial performance to raise cash from the capital markets for two reasons: 1 – to finance its attractive ~76% payout ratio to shareholders; and 2 – to conduct multiple nefarious transactions between RFF and RFF Management’s privately-held business, Rural Funds Management in order to siphon assets into RFM for RFF Management’s own personal gains.

“RFF’s shareholder dividends have accounted for only a small portion of the A$ 475 million RFF raised from equity issuances and borrowings since FY’14.

“In addition, evidence suggests that a portion of RFF’s cash proceeds were siphoned out of RFF into RFM.

“RFF Management has given little explanation why RFF would lend RFM or RFM Related Funds any money at all, let alone A$ 30+ million.”