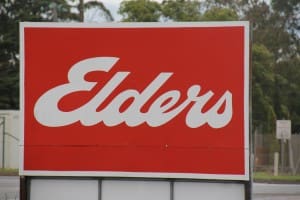 An almost 50pc increase in the price of Elders shares in the space of a week has prompted the Australian Securities Exchange to write to the company to ask if can explain the sudden surge in trading volumes.

In a letter sent to Elders Limited yesterday ASX compliance adviser Kate Kidson noted that Elders securities had risen from a low of 13.5c on June 19 to a high of 20c yesterday.

The letter asked if Elders was aware of any information concerning it that had not been announced to the market and which, if known by some in the market, could explain the recent trading in its securities.

If the answer was no, the letter asked if Elders could provide any other explanation for the recent trading in its securities.

In a its response filed with the ASX this morning, Elders Limited company secretary Peter Hastings said the company was not aware of any information concerning it that could explain the recent trading in securities, other than the information it had already announced to the ASX.

This included its half-year results for the six months ended March 31, which reported an improvement on the corresponding period and which included the statement: “the second half outlook is positive subject to seasonal conditions and we expect ongoing improvement against last year’s results”.

He also pointed to disclosures on May 23 and June 4 of indirect share acquisitions by the two most recently appointed Elders’ directors.

Mr Hastings added that Elders did not have any other logical explanation for the recent trading in its securities, and said the Company believed it was in compliance with the listing rules.