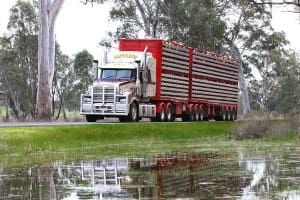 Diesel fuel prices in rural and regional areas of Australia now sit below 162c/litre this week, after dropping by close to 2c/litre since March.

The easing trend follows three months of stubbornly high diesel prices at or around 164c/litre since the start of the year.

A recent rally in the value of the Australian dollar, rising about US4c on where it sat two months ago, has contributed to the easing trend in fuel price. Australia is only about 40 percent self-sufficient in transport fuels, meaning international market trends have a direct impact on local pricing.

Consequently the softening Australian dollar and high demand for distillate-based fuels for heating during the bitterly cold northern hemisphere winter in the US and Europe were blamed for diesel prices hitting three-year highs earlier in the year.

As this graph shows, prices have eased further during May. The latest survey conducted by the Australian Institute of Petroleum for the week ended Sunday, May 18 shows a national average price for regional and rural areas of Australia at 161.5c/litre. That’s a decline of 1.9c/l since mid-March, but the figure is still almost 14c/litre above the recent low-point in the cycle of 148c/l recorded back in May last year.

While political disturbances in the Russia/Ukraine region and the Middle East have put pressure on fuel supply, the warming spring temperatures across Europe and North America after a particularly harsh winter have softened demand recently.

Based on this week’s AIP diesel price for regional/rural areas of Australia, filling a Toyota Landcruiser 200 series (138 litres, main and auxiliary tanks) today would cost almost $19 more than the same fill back in mid-May last year.

Biggest declines in price have been seen in Victoria and NSW.