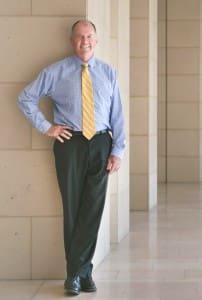 Mr Keogh was recognised for his outstanding contribution to Australia’s food, beverage and agribusiness sectors, earning the 2014 Rabobank Leadership Award.

“Mick Keogh is an ‘unsung hero’ in Australian agriculture,” Mr Gieskes said. “He has made an outstanding contribution to the food, beverage and agribusiness sectors through his extensive and long-standing work in agricultural policy over a number of decades.

“While Mick has not himself been directly responsible for the P&L of an individual agribusiness, his work at the forefront of strategic research into public policy issues which impact Australian agriculture and in representing the interests of Australian farmers, has undoubtedly had a far-reaching impact on the prosperity of the sector as a whole.”

The peer-nominated Leadership Award is presented to individuals who create sustainable growth and prosperity at both a corporate and industry level in agribusiness, while demonstrating a wider commitment to society.

Mr Keogh was raised on his family farm near Holbrook in southern New South Wales, which has given him as strong connection to the agricultural industry. He is now one of the fourth generation of family members involved in the operation which includes beef, wool and prime lamb, and grains.

Completing tertiary study at a graduate and postgraduate level through the University of NSW, Mr Keogh furthered his knowledge in agricultural science, particularly in wool and pastoral sciences. This led him to a career in agribusiness consultancy where he was involved in a range of projects within the sector domestically and in China.

He subsequently spent ten years with NSW Farmers Association as both deputy CEO and policy director.

In 2004, he became founding executive director of the AFI when it commenced operations. A national agricultural policy and research body organisation, the Institute is independent of government and funded by industry.

Mr Keogh deems his biggest achievement to date as founding the AFI, referring to the process as an ‘interesting challenge.’

“As a concept, the Australian Farm Institute was completely new,” he said. “It came at a time where there was significant change taking place in agricultural policy and very few dedicated resources existed to really look at the implications of policy and what it means for Australian agriculture and agribusiness companies.”

Mr Keogh said the Institute provided an ideal vehicle to look at policies coming down the pipeline and delve into the implications for industry.

“I think I have always had a fascination with the processes involved in growing, transforming and marketing agricultural products, which make running an agricultural business so incredibly complex. When you add to that the extra layer of complexity arising from policy decisions, agriculture really is an incredibly challenging, but also very rewarding sector to be involved in,” he said.

Mr Keogh said it was “tremendously gratifying” to have some of his work recognised through the Leadership Award.

“We have a small team at AFI, and I would regard this award as recognition of the work of my colleagues and the entire Institute team, including board members and advisory council members, rather than the work of any individual,” he said.

“It’s also very humbling to look at the previous recipients, all of whom are highly respected leaders in agriculture. It’s daunting to be placed in that same group, after having looked up to those people over the years.”

Mr Keogh is immensely positive about the future of the Australian agricultural industry and says there are some great opportunities ahead for the sector.

“It’s a bit cliché but the boom in middle class consumption in Asia is without doubt going to create opportunities for Australian agriculture and agribusiness,” he said.

“It’s not going to be like the past where all we had to do was produce it and it would sell, we are in a much more competitive environment now, but the situation actually suits Australian agriculture.”

“The emerging middle class consumers increasingly want to know where the product has come from. They want to know that it’s safe and they are focused on the reputation of a product. All of those factors will mean that many Australian products can actually secure a premium in those markets and can compete in markets where success isn’t solely determined by price. We are already seeing that in relation to the dairy industry and to some extent the beef and lamb industries.”

Mr Keogh says the challenge will be to retain that premium reputation and take advantage of it.

“There is real merit in having a single common brand or profile for Australian agricultural products – not to replace private brands, but to actually underpin them” he said.

“I think there is a lot of waste at the moment with different Australian states pushing their own profile and that is unfortunate because when you get to China, for example, there is very little awareness of individual Australian states. There is, however, good recognition of Australia and its reputation for quality and safety, but to build on that we need more national coordination.” 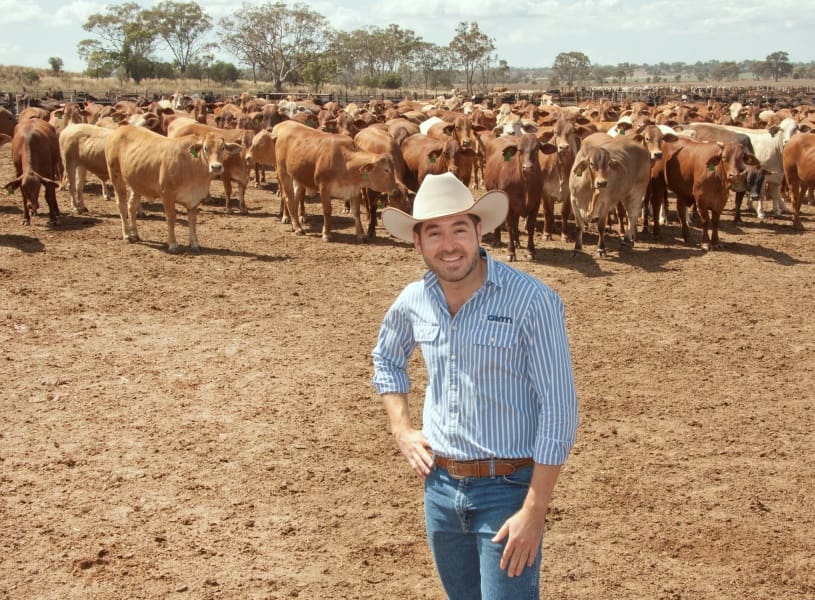 Bryce Camm in the pens at Wonga Plains feedlot

Mr Camm, 30, whose family beef enterprise Camm Agricultural Group is located in Queensland’s Darling Downs, is just the second recipient of the Emerging Leader Award, which was introduced last year , recognising an up-and-coming industry professional with a tenure of less than 10 years in the sector.

Rabobank CEO hos Gieskes said despite his relatively young age, Mr Camm had reached great heights in his career to date, delivering an extraordinary transformation to his family enterprise as well as representing many industry organisations at community and business level.

“Without the drive, enthusiasm and engagement of emerging leaders like Bryce, the beef sector and wider Australian agricultural industry will not unlock the profitable and prosperous future that lies ahead,” Mr Gieskes said.

“Bryce is a clear-cut, well-deserving recipient of the 2014 Rabobank Agribusiness Emerging Leadership Award – he already holds several directorships on key beef industry organisations and several non-for-profit committee memberships, allowing him to spread his influence and contribute to development of Australian agricultural sector.”

Growing up on Natal Downs station in North Queensland, Mr Camm has always had a passion for the beef industry, stemming from a solid family connection which has allowed him to develop into the young business leader he currently is today.

“Growing up on the land has given me a close affinity with agriculture and a strong connection to the land and the cattle business – I’ve been intrinsically involved in our business from a young age,” Mr Camm said.

“I think dealing with an animal-centric industry strikes a chord with me – we’re working with a living product in livestock and there’s a real substance to what we do.”

Mr Camm has played a crucial role developing his family enterprise, with a core focus on managing the group’s Wonga Plains feedlot in the Darling Downs for eight years. He has overseen expansion which has seen the operation more than triple in size.

After completing a double degree in 2004 in Business Administration and Communications at Bond University, he returned home to implement his tertiary education on-farm and begin growing the business.

Mr Camm is responsible for marketing the turnoff from the group’s operations. He demonstrates a local and global perspective on a day-to-day basis, engaging with domestic and international industry stakeholders in securing trade opportunities for the Camm Agricultural Group.

In terms of his industry, Mr Camm says he is “bullish about beef”.

“I am positive about the shape of beef the sector domestically, certainly around the new basis we’re seeing in pricing,” he said.

“I think we’re dawning on a new era. There is a spotlight being shone on agriculture more than ever before and that will bring interesting opportunities our way. In our industry, there will always be cycles, but there is a feeling of resurgence and growth right now and I look forward to being a part of that.”