Almost two-thirds of Queensland primary producers believe the current drought gripping the state is the worst in their living memory according to a recent survey.

“The current drought means most Queensland farmers in these shires won’t make a profit in the current decade and it is now threatening the viability of rural communities as well,” Mr Maudsley said.

“Our priority now is to assist farmers in the current period and then post-drought, undertake the recovery as quickly as possible.

“About three-out-of-five members surveyed had received or previously used some form of state or federal government assistance, either financial or personal, with water infrastructure subsidies, financial counselling and education assistance well received and forward looking.” 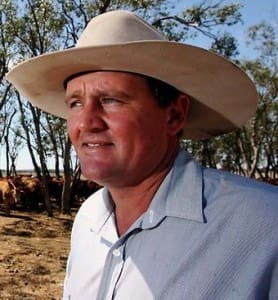 Mr Maudsley said AgForce members had identified key areas of improvement for both the design and delivery of existing drought assistance measures.

According to the survey:

AgForce members believed further support was needed, including for kangaroo control, business grants, farm labour wage assistance, and towards school education expenses as well as extension of measures to non-farm businesses in the community. Including desilting of dams and agistment enterprises was also identified.

“This survey of farmers in April, showed most producers had slashed their herd numbers and cut back on the state’s grain planting in response to the dry,” Mr Maudsley said.

Mr Maudsley said primary producers did not expect handouts from government but a review of existing measures was now critical.

“Our agriculture sector is absolutely vital to both the Queensland and Australian economy and to the well-being of rural communities and farming families who must be appropriately supported through this financially and personally challenging time,” he said.