Collecting mountains of data is one thing, but on its own, raw data is effectively useless.

Big Data and digital agriculture is not just about data, but what you do with it. 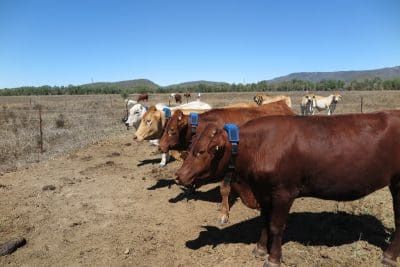 The extent to which digitally-collected data is put to effective use in Australian agriculture will be at least partly influenced by the success software providers have in developing user-friendly dashboards that can turn raw data into a form that is of immediate relevance and financial value to an individual primary producer.

One such company that has been watching the big data space closely in recent years is Toowoomba-based AGDATA, Australia’s largest agricultural software company.

AGDATA has been developing software for specific agricultural applications for more than 30 years, including its signature range of Phoenix farm accountancy/management software programs, now used by tens of thousands of primary producers across Australia.

They all see exciting possibilities for digital technology to enhance on-farm decision making and productivity in cattle and sheep operations, but say realisation of that potential relies on a few key hurdles become overcome first.

One is the cost of current technology.

They point out that producers already have access to technology that can perform a range of useful functions. For example digital sensors on farm machinery or in paddocks can collect extensive and up-to-date data on soil and vegetation condition. GPS units fitted to livestock can provide real-time tracking and facilitate spatial analysis of animal movements. Satellites and drones can capture high-resolution images of paddocks at frequent intervals.

All of this data can be combined to create powerful new decision support tools, and to help producers to identify problems in paddocks as soon, or potentially even before, they occur.

‘… consider a tag that can send an alert if the animal suddenly reaches speeds in excess of 30km/hr..’

Consider for example, Mr Skerman says, the potential value of a GPS tag that could send an alert to a producer if the animal to which it is fitted suddenly reaches speeds in excess of 30 kilometres per hour, signaling a possible predator attack or its illegal transport in a stock thief’s truck. Or a warning that an animal hasn’t moved for several hours. Or tags that can send a signal if the body temperature of an animal rises two degrees above the herd average, indicating a potential illness or disease issue.

Technology is already available to do these things, just not at a price that makes it commercially viable for most farmers.

However, as the mass adoption of this type of technology increases – already being demonstrated by the commercialisation of electronic GPS tags that can help people to find lost car keys or to track their bags through an airport and onto their flight – costs are becoming more affordable.

The costs of satellite imagery are also coming down. Farmers can already access free images of their properties, but with pixel sizes of 300 metres by 300 metres, these images are not particularly useful for paddock-scale, or even property-scale, analysis.

For example one US based company last year launched its own satellites which appeared set to giveAustralian landholders access to high-resolution, multispectral images of their paddocks down to 2.5m x 2.5m for a cost of around $150 at a time.

However the company was bought-out by Google late last year and the satellites were brought ‘in house’, effectively meaning outside users could no longer access that service.

Existing satellite mapping provider Satamap, based in Moree, notes on its website that the recent addition of the European Space Agency Sentinel 2A satellite has given its users access to 10 metre satellite data.

This data gives detail down to the “the level of patches of weeds in fallows”, Satamap says.

Another obvious hurdle is the need for better rural data connectivity standards across rural Australia, something their US counterparts already enjoy and which has driven far more rapid adoption of digital agricultural applications in that country.

Many rural properties in Australia still lack internet and mobile services capable of uploading files with a size of several megabytes, let alone gigabytes, of data to cloud-computing systems for processing.

The Australian Academy of Technological Sciences and Engineering (ATSE) cautioned during a Senate Inquiry into Smart farming and agricultural innovation earlier this year that only with reliable access to fit-for-purpose telecommunications services would Australian farmers be able to take advantage of the opportunities presented by emerging technologies.

“Large high resolution images are very large data files. In many rural areas the fastest way to transfer these files is via Australia Post,” he wrote.

However, the senate committee also noted that many stakeholders who gave evidence to the inquiry were optimistic that the ongoing rollout of the National Broadband Network (NBN) (through fixed-line connections (optical fibre or hybrid fibre-coaxial cable), fixed-wireless connections and

Key recommendations of both that inquiry and the recent AFI report on Big Data (see separate story) highlighted the critical need for the Australian Government to commit to the continuation of improved rural internet standards and mobile black spot programs.

The AGDATA team also stressed the importance that the development of data collection and processing systems in Australia must be standardised to allow farmers to integrate information from different sources.

“We need to make sure communication methods between devices, such as sensors on watering points, are able to communicate in a universal standard,” Mr Leahy said.

“Information needs to be exchanged easily and will be coming from a variety of sources so it needs to be in a standardised form”.

The AGDATA team said a simple example that the livestock industry has already done correctly was to standardise the collection of electronic livestock data in CSV, Text or XML file formats from collection hardware through to the database storage and processing software.

However, in the cropping industry, there are already examples of different machinery manufacturers developing their own proprietary file formats, which are designed to lock users into using only their equipment and devices.

In years gone by manufacturers attempted to lock users into their channel by designing their own hydraulic fittings, so a farmer with one brand of tractor was required to use the same brand of implement behind it.

Farmers using shifting spanners were able to work their way around that issue, but now the same attempt to lock farmers into proprietary channels is occurring with data.

“If the livestock industry can continue down an agreed standard data format as such in an open format, then that is positive,” Mr Leahy said.

“Someone always wants to be master controller of all data, but they will get some pushback and resistance because producers don’t want that.”

A large section of the Australian Farm Innovation report and recommendations focused on the issue of farm data security, and ensuring that the ownership of data, generated is retained by individual farmers, and that their privacy is protected.