THE aerial cattle mustering industry has the highest accident rate of any sector of the Australian aviation community, and has been warned it must improve its leadership and culture to avoid future unnecessary tragedies.

The strong message was delivered by one of Australia’s most distinguished military aviators and leaders in a key note address to last Friday’s Northern Territory Cattlemen’s Association annual conference.

Sir Angus said there was much that could be done to improve the safety of flying operations in the Northern Territory, and it came down to improving leadership and culture. 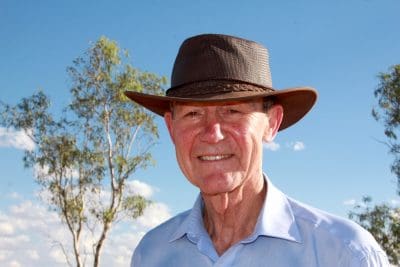 Sir Angus related the RAAF’s own story to demonstrate how changes in leadership and culture had lead to dramatic improvements in safety for Australian air force pilots.

In an 11-year period from 1980 to 1991, the Australian Defense Force lost 54 aircraft during training activities, and lost 42 people killed in those accidents.

Extraordinarily, the rate of attrition for Australian pilots in training was higher than that of ADF troops serving in the combat zone of Afghanistan.

But, remarkably, in the past 19 years the RAAF has not had a single fatal accident, despite having conducted operations in extremely hazardous environments including Afghanistan and Iraq during that time.

Sir Angus said the answer lies in a very clear decision by RAAF leadership in the mid-1990s to change the culture of the air force with a view to improving safety.

Prior to that time, the RAAF had been dominated by a ‘WWII culture’, he said. Its leaders had all flown in the Second World War and the Korean War, where many people had been lost both in training and combat.

“It was normal to them,” Sir Angus said.

“And as a consequence I don’t think there was the drive that we needed to make the RAAF as professional as it could be.”

In the mid-1990s then RAAF chief, Air Marshal Les Fisher, set out a vision for zero fatal accidents.

“Everybody in the audience said that is impossible, ‘we fly on the edge all the time, we have to, we have to prepare for combat’,” Sir Angus said.

“But despite the skeptics, that vision was achieved.”

Sir Angus said the RAAF left the “magnificent men in their flying machines” culture behind, and adopted a very professional, safety-conscious culture where risk was managed intently in every single operation.

The RAAF also introduced the Defense Air Worthiness Authority, in which experienced “grey headed” pilots and engineers routinely audited technical and operational standards in every unit and reported any concerns up the chain to the chief of the RAAF.

“This has been very successful for us, we have identified a number of hazards along the way and it has made our operation a lot safer.”

He noted that improving technology had also helped to improve the safety record, but said there was compelling evidence to support the view that the introduction of a very good safety risk management system had helped to achieve the zero-fatalities goal. 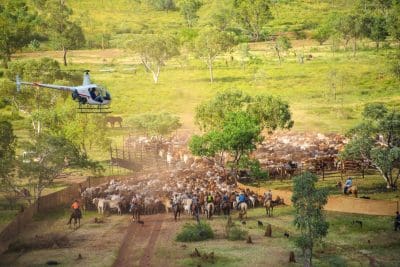 Sir Angus described aerial mustering in Queensland, the NT and WA as a “remarkable business”, and one which was uniquely Australian and often conducted “remotely in the middle of nowhere”.

Many pilots were young and inexperienced, flying “underpowered” single engine helicopters and often in dry, dusty conditions with low visibility.

“You fly at low level, and you are often in the middle of the dead man’s curve,” he said. “If you lose an engine in that zone you are going to hit the ground fairly hard.”

“It is a highly demanding hazardous environment, you also have distractions, and there is pressure to get the job done.

‘You fly at low level, and you are often in the middle of the dead man’s curve’

“And I imagine that at the end of a long day when you are in the mustering season, you are probably pretty fatigued, so lots of things and hazards to manage.”

Accident reports indicated that there had been a large number of accidents involving Robinson R22s flying into terrain. There were also rollovers when the choppers had landed on bumpy or rocky ground, and also occasions when choppers had hit cattle.

In one incident a cow had reared up, catching its horn in the skid of a chopper above. “The cow was alright but the helicopter was damaged and rolled and the pilot sustained minor injuries.”

Fixed wing planes also posed some hazards in that most were single engine, flying at low level, often at marginal power with low maneuverability and reduced stall margins, and operating out of rough bush strips with cross winds, distractions, time pressure and fatigue.

“It is highly demanding environment here in the NT,” Sir Angus said.

Another issue for the northern aviation industry was that there were also pilots operating who did not have continuous flying practice who lacked recent currency.

He quoted statistics showing there were 15 fatalities from 2007 to 2016 and a rate of 53.3 accidents per million hours, which he said was the highest accident rate of any sector in Australian aviation community.

He offered several pieces of advice for the industry to consider to reduce risk and improve safety:

Sir Angus urged the NTCA as a leading industry body to provide leadership and direction and insist on high standards and “the right sort of aviation culture”.

“Every four to six months look at what has happened operationally, what sort of incidents might have occurred, what sort of lessons learned are out there, and then provide the necessary direction down to all of your membership as to the best way to avoid some of these things that have happened,” he said.

Increased professionalism relied on the right safety standards: “You need to have a training and preparation system where you set the standards that you want pilots to adhere to,” Sir Angus said.

“You need to set the limits: how close will let you them go to cattle for example.

Recognise and reward professional, safe and compliant performance by pilots:

“If there are some really good pilots out there recognise them, you want everybody to be like that.”

Sir Angus observed this was a term that could cause some confusion to an audience of cattle producers. He was referring in this sense to those pilots with wild, impulsive, live-on-the-edge behaviours, hoons who took risks with little regard or worry for the consequences.

“Who wants to get in an aircraft that is flown by a cowboy?” he asked.

“You don’t want any of that, I didn’t want it in the air force, and we eliminated it, and you don’t need it around here.

“Because if that person is flying with somebody else, there is a danger to that person’s life, and also to the pilot’s life.”

Sir Angus quoted a British Airways training captain who once explained that “a superior pilot was a pilot who used superior judgment to avoid circumstances that required the use of superior skill”.

“That is what is all about – risk avoidance, and only having to use those really well developed skills when you get into trouble, not all the time.”

“Sometimes I see people flying to the edge all of the time. You don’t need those people in this industry, it is another statistic waiting to happen.”

Helmets for pilots should be non-negotiable:

Safety equipment including helmets was a vital part of a safety first culture for pilots.

“I note a lot of these R22s land hard or come into an area where it is a bit rocky and bumpy and they roll over, and if you haven’t got a helmet on you are at great risk,” he said.

“I would like to see everybody who is involved in aerial mustering in a R22 wearing a helmet and using all the other safety equipment which is available to them. It will reduce the level of injury if there is a roll over.”

To those who say it is too hot to wear helmets, Sir Angus said he had personally flown over 3000 hours in helicopters in all parts of the world, and every hour was flown with a helmet on.

“I never flew without a helmet, because in a helicopter if the worst happens and the thing rolls over you are going to need that helmet.”

He recommended that pre flight safety and risk management checks being included in Standard Operating Procedures for mustering activity in the NT.

“How will the weather and the environment effect your operation that day, your task, what are the aircraft limitations, and then there needs to be a very professional assessment of risk to avoid the risk, mitigate the risk, or take whatever action is necessary to reduce the risk.”

Sir Angus said he had been very impressed with CASA’s activities in in the NT in the past 12 months which had included seminars for pilots in every major centre of the Territory and three engineering seminars.

“I think you should support those to the hilt and again get CASA into your system. They will help you and they cost nothing, if you say ‘hey we need help and they will be here to help you’.

“And I think we have got some good people who are wise, old and will be able to support you in your endeavours to improve the culture and improve the supervision.

“Obviously leadership needs to be by example and nothing is truer in a flying environment.”

One approach that Sir Angus credited with helping to improve safety in the RAAF involved requiring senior people to sign a compact which made a priority out of putting people first.

“These were our values and behaviours that were required by everybody who was in the Air force, and, the key thing was, after you read that compact, that had been developed in a consultative way, you had to sign it

“Once you sign something like that you are signing on to a particular way of doing business.”

“I always say I have never seen anything good come out of an adversarial relationship,” he said.

“So you need to have constructive and trusting relationships with CASA, and the other people who can help you to develop these behaviours, these skills and this cultural approach.”

“You can’t put an old head on a young person, you need to develop them and you need to supervise them,” Sir Angus said.

I did, every guy and every woman I know went through that period, it happens.