AA Co AGM questions: What was on shareholders’ minds?

PROSPECTS for shareholder dividends, the future of the company’s mothballed Livingstone Beef abattoir near Darwin, and risk of cattle theft were among questions put to the Australian Agricultural Co board during this morning’s 2021 annual general meeting. 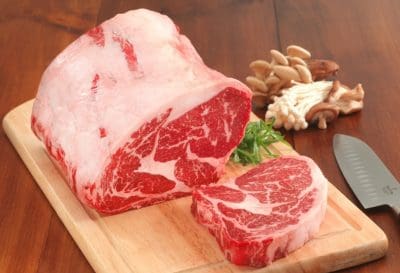 Just four questions were fielded from shareholders this year – perhaps a record low since the company first went public 20 years ago, in 2001.

One of the perennial challenges put to the board each year at AGM time – prospects for a shareholder dividend – again surfaced from multiple stock holders.

“The company has not paid a dividend since 2008, notwithstanding a promise made some years ago. When is it going to pay a dividend?” Ray and Shirley asked.

“As you are all aware, and as evidenced by the fact we are holding this AGM virtually, the impacts of COVID are still very real and ongoing,” chairman Don McGauchie said in response.

“AA Co did record an operating profit of $24 million, and net profit after tax of $45 million last year, however with the uncertain impacts of COVID, the board has not declared a dividend for shareholders in 2021. We feel it is prudent under the circumstances to preserve cash and use all available resources to invest in the company,” Mr McGauchie said.

“As a fellow shareholder, I can empathise. However I can’t predict when a dividend will be paid – that depends on the company’s performance in the future,” he said.

Only another three questions were received through the AGM’s online portal.

The first, from investor Robert Vohrland, asked for an explanation of AA Co’s procedures used to ensure an accurate count of stock on its landholdings. “What procedures are in place to ensure that cattle duffing is not occurring on the company’s properties?” he asked.

The question may have been stimulated by recent large-scale cattle theft episodes in regions of Northern Australia in which AA Co operates (click here to access).

The response referred the question to the company’s annual audit report, which focused on the existence, accuracy and valuation of the AA Co cattle herd. Part of that included audit attendance at five station sites this year, to observe what controls, procedures and processes are in place around annual muster.

“It’s fair to say that the processes employed have been significantly enhanced over the years. Every animal is branded, has an eartag, and is computer chipped. The process during the annual muster is to run every single animal through a scanning device, counting every single animal on each property at that period of time.”

“When those results come out of the IT system, which we do test as well, we do a major reconciliation between the opening balance and the movement of cattle, through sales and births, to the closing number. There are very good controls and processes in place, over the existence and accuracy of livestock numbers.”

“It’s clear that station managers have a really good handle on what cattle are on their properties and where they are located. We have a high level of confidence that if there was any cattle duffing going on, it would be put to bed straight away.”

Shareholder Robert Burrows asked what the future held for AA Co’s mothballed Livingstone Beef abattoir near Darwin. AA Co suspended operations at Livingstone following dramatic operating losses just 15 months after the plant was built, at a cost exceeding $100 million. AA Co’s board went against overwhelming industry opinion in deciding to go ahead with the plant’s construction in 2017.

“But in the current environment where we see cattle herd numbers at 36 year lows, and processor losses at ‘$300 to $400 per animal,’ it would not be the right environment to be restarting the Livingstone plant,” he said.

“Additionally, there is significant shipping stress going on globally at the moment, related to COVID, which would make a start-up of the plant imprudent, under the current conditions. But we continue to assess market conditions regularly. The plant is maintained in a condition that means that should we wish to start it up again, we can do so,” Mr Killen said.

Another investor, Eric Lowe, asked if there was any correlation between AA Co’s revenue, and the Eastern Young Cattle Indicator.

“At a high level, there is little correlation between the EYCI and our meat sales revenue,” Mr Killen said.

“In FY21 our meat sales – the largest part of our revenue – were $200 million. The EYCI has some sort of proxy impact in terms of price of cattle sales (as opposed to meat), which are currently very buoyant and run through on that side of the business. We do buy cattle periodically to supplement our own numbers and genetics – but the EYCI does not actually correlate at all to the Wagyu market, which is driven by different fundamentals.”

But the EYCI was a proxy for the shortage of numbers in the Australian cattle herd overall, Mr Killen said.

“While we see a high EYCI and a high cattle price, AA Co will get the benefit, but also the cost of that, as it flows through our books.”

Chairman Don McGauchie added that for AA Co live export cattle flowing through Darwin, there was equally, little relationship with the EYCI.