Young steers trend down on AuctionsPlus Yearling heifer numbers were boosted this week by a significant offering of nearly 500 head from Romani Pastoral Co, Quirindi, NSW. A 100pc clearance was achieved, with Angus backgrounder heifers averaging 290c or $633.

MOST young steer categories trended down in AuctionsPlus trading this week.

Cattle numbers dropped back,  with 7649 head offered, a decline of 25 percent on the week before. The weekly Weaner and Yearling sale continued to dominate the offerings with 5629 head listed, representing 74pc of cattle presented.

With much-needed rain beginning to fall in some areas, overall clearance picked up to 55pc.

Cow and calf listings came predominately from NSW, with 1681 head listed. The average price achieved was $1208/head, much the same as last week.

From Euroa, VIC, a line of Angus cows and calves, with cows 30-32 months old averaging 503kg, and supporting 4-6 week old calves at foot, returned the top price of $1620. This line is travelling 600km to Parrakie, SA.

From Bombala, NSW, a line of Angus cows and calves returning $1080 are set to travel across the pond to Tasmania. Another highlight saw a line of Charolais/composite cows 4-5 years with 1-3 month old Angus-sired calves at foot return $1140.

A line of 15 Angus not station mated heifers and calves, offered by Booragul Angus, at Piallaway, NSW returned $2750. These heifers are 25-26 months old, with Angus-sired, 1-2-month-old calves at foot. This line will travel to Salt Ash, NSW.

A line of 32 PTIC Limousin cows from Nundle, NSW returned $675. These cows are 3-12 years old, averaging 532kg. They are joined to Limousin bulls and are making the short journey just over the border to Goondiwindi, QLD.

Weaned heifers weighing up to 300kg averaged 237c this week, selling to a top of 282c. From Binnaway, NSW a line of 120 Angus heifers 11-12 months averaging 227kg returned the top price. These heifers were bred from Wattletop, Eastern Plains and Bald Blair Angus bloodlines, and were purchased by a QLD buyer at Meandarra.

A line of 20 Angus heifers averaging 277kg from Penshurst, VIC returned 253c or $700 when bought by a Tasmanian buyer.

Yearling heifer numbers were boosted this week by a significant offering of nearly 500 head from Romani Pastoral Co, Quirindi, NSW. A 100pc clearance was achieved for the vendor, with Angus backgrounder heifers averaging 290c or $633, topping at $635. The 384 Angus heifers were 12-13 months, bred from Rennylea Angus bulls and averaged 218kg. Also offered was a line of 53 Angus/Hereford backgrounder heifers averaging 219kg which sold for 241c or $530.

Weaned steers weighing up to 300kg averaged 253c this week, selling to a top of 282c. The top price was returned by a line of 90 Charolais cross steers from Condamine, QLD, 10-14 months averaging 281kg. 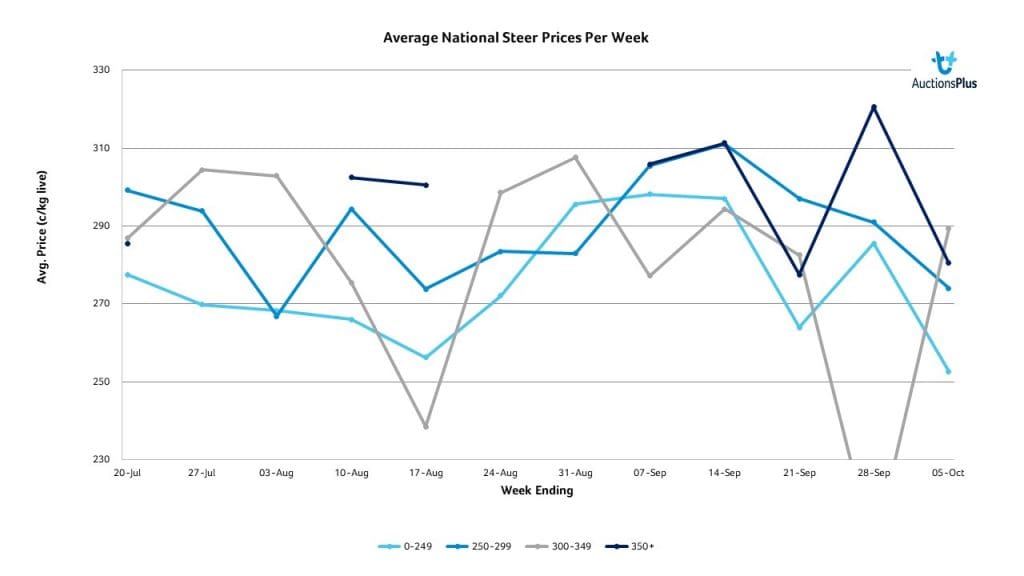 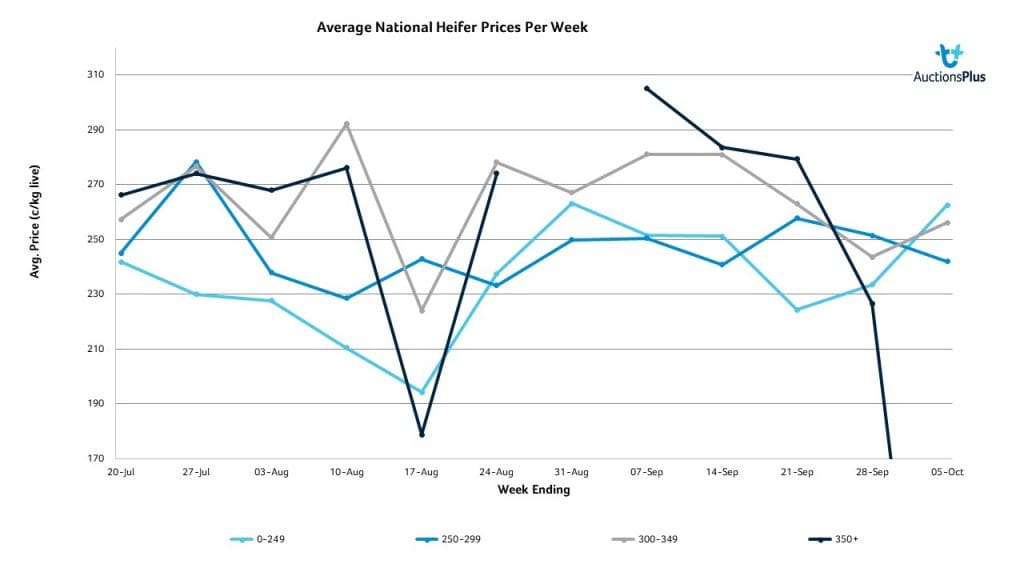