Part of a line of 100 mixed sex yearlings from Boyup Brook, WA averaging 506kg bought for 490c/kg this week.

THERE was a sharp 50 percent rise in listing numbers offered on AuctionsPlus this week, aided by turnoff momentum due to dry conditions, and several large lines out of northern Australia.

Listings rose to 10,370 head, up just shy of 3500 head from last week. Almost 2000 of those came from large mobs offered from Broome and Badgingarra, WA.

Auction clearances remained steady at a relatively low 50pc, with the market flooded by cattle producers offloading stock due to very dry conditions, and restocking being put on the back-burner.

As can be seen in the steer and heifer graphs below, most young cattle weight categories continued their trend downwards in price.

Despite the downturn in the market, cow and calf prices were up this week, averaging $1873 and reaching a top of $2300 for line of Bongongo blood Angus first-calvers with Wagyu calves at foot from Redhill, Adjungbilly, NSW. Joined females made similar money to last week, averaging $1474, selling to a top of $1650 for two lots of Wattletop blood Angus heifers, PTIC to Wagyu bulls from Glenall, Rocky Creek, NSW.

WA was getting it done on the box this week offering 2211 head across eight lots, for an 88pc clearance.

Three lots of mixed sex yearlings offered on Monday out of Pemberton (149 head averaging 500kg) and Boyup Brook (100 head averaging 506kg) got snapped-up, for 485-490c/kg. Further north, 228 Shorthorn cross weaned heifers off Balfour Downs near Badgingarra in WA’s midlands averaging 237kg sold for $305. They will be saddling up and heading east to the Murray River country at Albury, NSW. In the state’s far-north, three lines of young Brahman cross bulls were sold out of Broome (Eastern Guruma Pastoral Co), totalling 1540 head. Among them was a run of 731 Brahman cross feeder bulls, 12-36 months, 296kg, making $904 or 305c/kg, sold into the boat trade.

In a breakdown of young cattle sold, by weight range: Breakdown 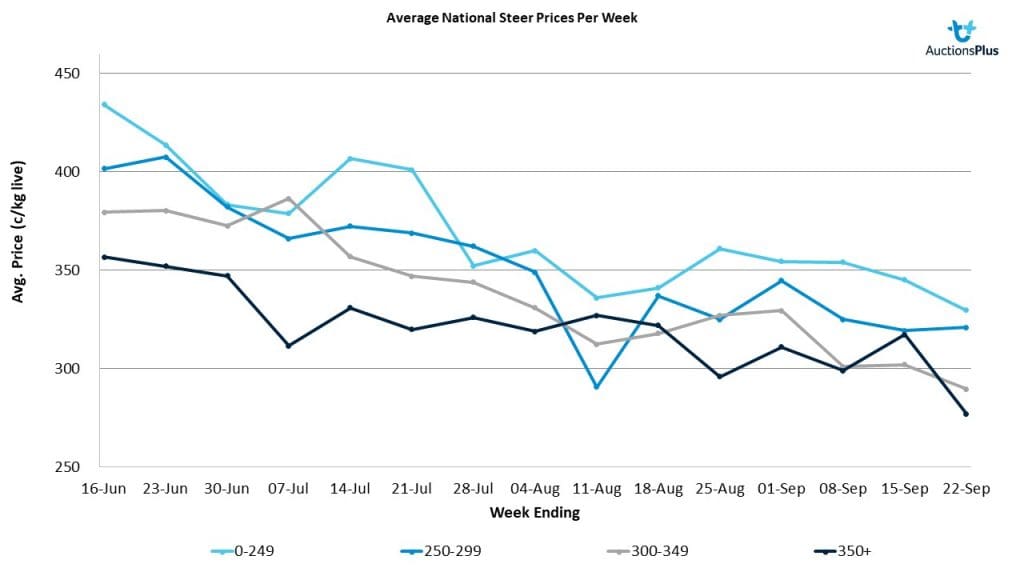 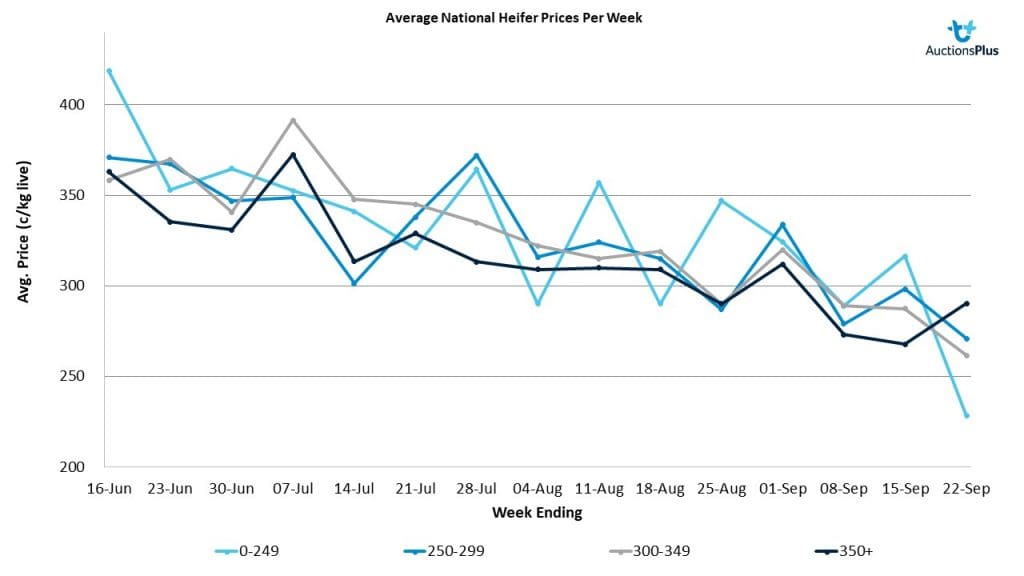