THE short working week saw cattle numbers offered online decline this week, with a total of 7560 head listed, down 27 percent. As the tough season in the south continues, clearance rates remained steady, although that didn’t stop buyer and bidder interest, with almost 500 logins over four commercial sales.

Young cattle made up the bulk of the offering, with season-affected New South Wales again accounting for the largest portion of the yarding with 67 percent, followed by Queensland.

Of 22 Queensland lots offered this week, no bids were received on eight; a further nine were passed in; and just five lots found a buyer, by the end of the sale (re-offerings next week may lift that conversion rate).

Joined females were in supply this week with 2263 head offered, up 1660 on last week.

In a national breakdown of young cattle sold by weight range: 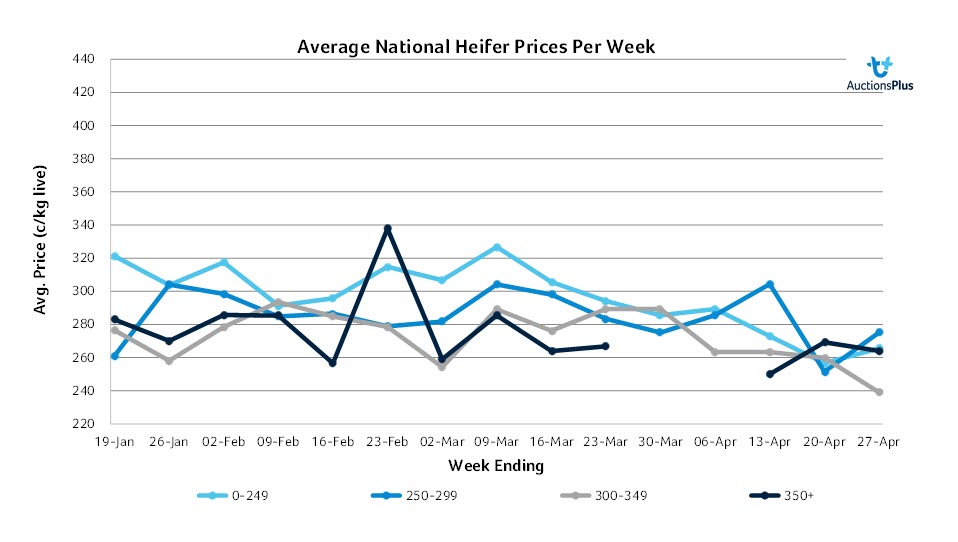