THERE has been a big surge in southern dairy cow liquidation in the wake of milk giants, Fonterra and Murray Goulburn’s decision to slash milk price payments to producers a fortnight ago, but the impact on the broader slaughter cattle market is likely to be negligible.

That’s the collective view of a range of Victorian stakeholders approached on the subject by Beef Central yesterday.

Yards like Shepparton saw a huge lift in dairy cow numbers last week, accounting for 900 head out of a total 1190 cattle yarded, but numbers eased this week.

Although there had not yet been a huge influx of direct consignment cows, southern processors acknowledged that they had fielded a lot of calls from dairy farmers weighing up their options. However producer decisions were likely to be ‘calculated,’ rather than ‘knee-jerk,’ they said.

“But the reality is, milk producers are not culling those big, healthy, good producing cows – they are just going harder on the choppers,” he said.

This time last year, those same cows were probably worth 70-80c/kg less than what they are today.

“This is likely to be a short, sharp turnoff cycle,” the processor said.

“Remember there’s been a fair few dairy cows culled already, well before the recent milk price correction, which has taken the edge off it. And the recent good general rain across the dairying areas of Victoria means that farmers will have some feed in months ahead. As soon as farmers can stop buying in loads of hay, dairy cow slaughter will slow up again.”

“I would think this cycle will all be over as soon as three weeks’ time,” he said.

“Remember, also, that Warrnambool and Bega have held their milk prices, so this issue only impacts on a portion of Victorian dairy farmers supplying Fonterra and Murray Goulburn.”

Most Victorian beef plants typically do some level of dairy kill, but some, especially hot-boners like Greenham, Tabro, Midfield and GBP Poowong, obviously specialise in chopper cows more than others.

With a lot of cull dairy cows traditionally sold direct consignment to processors, it’s difficult to extract a precise figure for the numbers of dairy cows currently entering the slaughter system, but Victoria’s weekly slaughter tally for the week ended May 9 went sharply against the declining trend seen in other states.

Any surge in kill only short-term

Meat & Livestock Australia analyst Ben Thomas agreed that it was hard to get a feel for precise numbers entering the slaughter system at this stage, but he, also, questions the longevity of any surge in dairy kill resulting from lower milk prices. 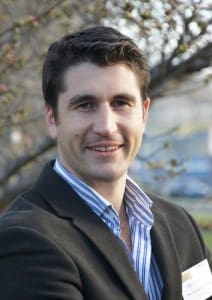 “It’s unfortunate news for dairy farmers, but in terms of the numbers likely to come onto the market, in the context of the overall cattle population, it’s only a very small base,” he said.

Mr Thomas suspected any negative effect on the southern slaughter cow market, through potential oversupply, would be measured in ‘weeks, rather than months.’

Other factors that would limit cow liquidation would be an improvement in seasonal conditions, and any turnaround in milk price, he said.

“If this three-month weather outlook comes to fruition for southern Australia, on top of the 25-50mm recorded already this month in many areas, that is certainly going to reduce feed bills and instil a little more confidence among dairy producers.”

“And if there is a sharp rise in the number of dairy cows heading to slaughter, some producers may well try to hang onto cows, for the inevitable supply shortage that follows.”

Mr Thomas said the fact that beef from dairy animals was basically manufacturing meat, meant it was unlikely to have any direct impact on higher quality cattle market segments.

“Any impact on the cattle market at all is likely to be limited only to those particular saleyards where large numbers of dairy cows turn up, and to those processors that tend to specialise in dairy slaughter.

“Remember that Australian beef slaughter in total in the first quarter was down 17pc year-on-year, and exports down 18pc, due to the drought driven herd reduction over the past two years. So it’s not as if there is now an abundance of beef hitting the market. Nor do I see it negatively affecting prices, apart from a few particular saleyards, where volume might exceed capacity briefly. But that won’t last.”

Mr Thomas agreed that an inflow of dairy cows might in fact help some southern processors maintain their weekly throughput at higher levels, at a time of year when rates of kill traditionally decline.

“In terms of processor operations, it may produce a positive outcome, but further ahead, it also might deliver a shortage,” he said.

A greater number of dairy cows on the market in Victoria might limit the appetite among southern processors heading north to source slaughter stock – but that would be dependent on the type of beef being targeted. Currently, prices for some slaughter cattle in Victoria are 20-30c/kg liveweight better than northern NSW or southern Queensland, making sourcing from northern areas more attractive.

A large Victorian processor which traditionally kills large numbers of dairy cows told Beef Central yesterday that while there had certainly been a spike in dairy slaughter since Fonterra and Murray Goulburn made their announcements, it had not impacted the market greatly, apart from a few isolated saleyards results Tuesday and Wednesday last week.

“I believe the Victorian cow market will straighten itself out this week, because Australian Meat Group had a week or ten days off, other plants like Tabro are only just starting their season, and several others have been working only 3-4 day weeks.

“Now they are working five days – it has taken up the slack in the system, and for the timebeing at least, made the sourcing challenge for Victorian processors who can handle dairy cows just a little easier.”