Weaned steers and heifers sharply down on AuctionsPlus MOST young heifer and steer categories fell sharply in price in trading on Auctions Plus this week, as desperately dry conditions pushed larger numbers to market.

Joined female numbers were up 2660 this week to total 4234, bolstered by the Team Te Mania Commercial Female Sale. A line of 41 PTIC Angus cows three to five years averaging 504kg from Cooma, NSW sold for $1100.

Weaner & Yearling numbers increased 2339 head this week to total 7724 head. This increase was due in part to a doubling of yearling & grown heifer numbers to 2436.

Yearling and grown heifers sold from 144c to 268c to average 190c, down 34c on last week. The top price was achieved by a line of 25 Angus heifers 16-17 months averaging 421kg from Tailem Bend, SA, which will travel to Warrnambool, VIC.

A feature sale this week was the Team Te Mania Female Sale with 823 joined females were offered across 28 lots. The sale averaged $1339 a head and produced a clearance of 56pc. PTIC cows sold from $1000 to $2400, to average $1292. The top price was achieved by a line of 24 PTIC Angus cows, aged 4-5 years averaging 757kg offered by Wave Hills, Hamilton, VIC, and going to a Crossley, VIC buyer. 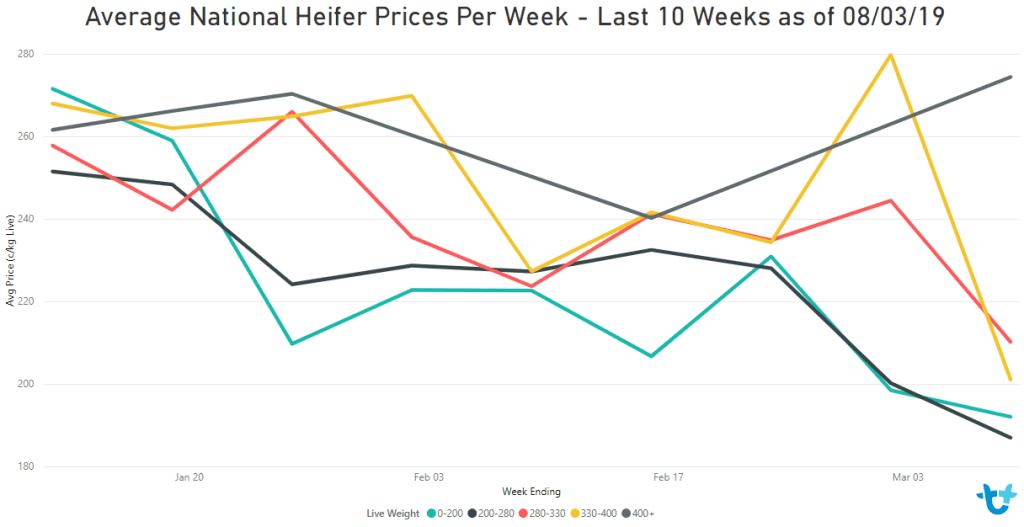