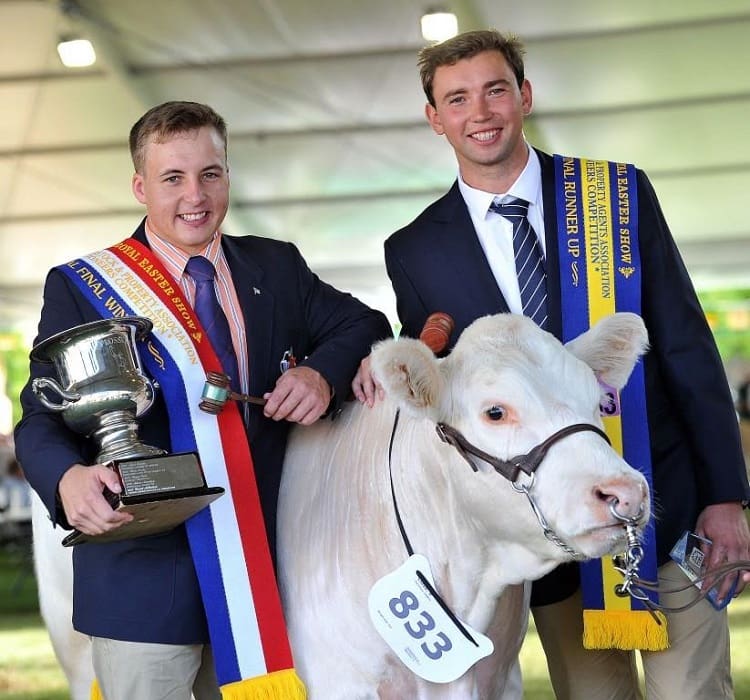 The 22-year-old has been selling livestock for only four years and is now with TopX Australia at Gracemere, Central Queensland, where he auctions mainly commercial cattle and stud stock, and is starting on thoroughbred and stock horses.

Lincoln said the experience at the Sydney Royal Easter Show was “unreal.”

“It was pretty unbelievable – it was unreal to be able to sell alongside some incredible young auctioneers who they sold exceptionally well and the future of the industry is in very safe hands.”

Lincoln also competed the competition in 2015, when he was runner-up for Queensland.

Hamilton (VIC) agent and auctioneer for JM Ellis and Co, Jack Hickey, 24, was runner-up in the competition this year on his first foray at the national level. Jack has been selling cattle and sheep at Hamilton for about seven months and has been auctioneering for around six years. He said the experience was pretty nerve-wracking, but he sold his three steers before a crowd of more than 2000 people.

In front of an anxious crowd of more than 2000 people, 10 NSW competitors and eight national competitors each sold three lots. The competitors were judged on their diction, values, voice and manner, as well as their presence and unique style, by a panel of respected and experienced auctioneers. 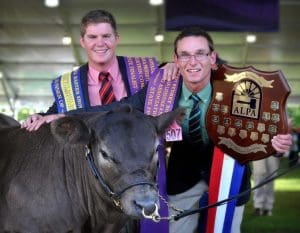 Coming in second was Samuel Gemmell of Elders in Cootamundra. Samuel will also represent New South Wales in the 2018 ALPA National Young Auctioneers Competition. The Max Bailey Encouragement Award went to Will Stoddart of Elders in Wagga Wagga.

Later this year, Lincoln will go on to represent Australia in the International Livestock Auctioneers Competition at the Calgary Stampede, Canada. In addition to the overseas opportunity, Lincoln took home the Prosser Cup and several other prizes.

Each year the NAB Agribusiness Team Shield is awarded to the state with the highest combined score. This year Queensland, represented by Lincoln McKinlay of TopX in Gracemere and Jake Smith of Landmark in Roma, won the team shield.

The night before the competitions over 330 ALPA members, industry professionals and the competitor’s friends and families gathered at the annual ALPA NSW and National Young Auctioneers Competitions Dinner to celebrate the talent and achievements of the young auctioneers.

A highlight of the night was the charity auction, conducted by 2016 ALPA National Young Auctioneers Competition winner Ronnie Dix and 2016 New Zealand Young Auctioneers Competition winner Madison Taylor. This year nearly $20,000 was raised at the charity auction. The funds will be donated to the John Logan Foundation, a not-for-profit charity that offers financial support to people diagnosed with cancer.