This line of 50 Brangus/Angus NSM heifers and calves account Nugent Grazing Co from Glen Innes, NSW sold for $1210 and are headed to Casterton, VIC.

YOUNG steer and heifer prices trended down last week on AuctionsPlus, where numbers dropped 452 head to total 7371 head across the five commercial sales.

Overall 463 unique bidders logged-in to the sales, although clearance rates remained steady with just over 55pc of stock selling at auction.

Again, NSW made up the biggest part of the offering with 67pc, followed by Queensland.

PTIC and joined females this week saw 1323 head listed, consistent with last week’s numbers, with a clearance of 55pc recorded.

Cow and calf numbers were down this week with just 165 head offered, with prices ranging from $1210 to $1960 and averaging $1616. This top price was for Angus heifers and calves from Naracoorte, SA, aged 26 months, account PG McCallum Farm Trust. A line of Brangus/Angus NSM heifers and calves account Nugent Grazing Co from Glen Innes, NSW sold for $1210 and are headed to Casterton, VIC. 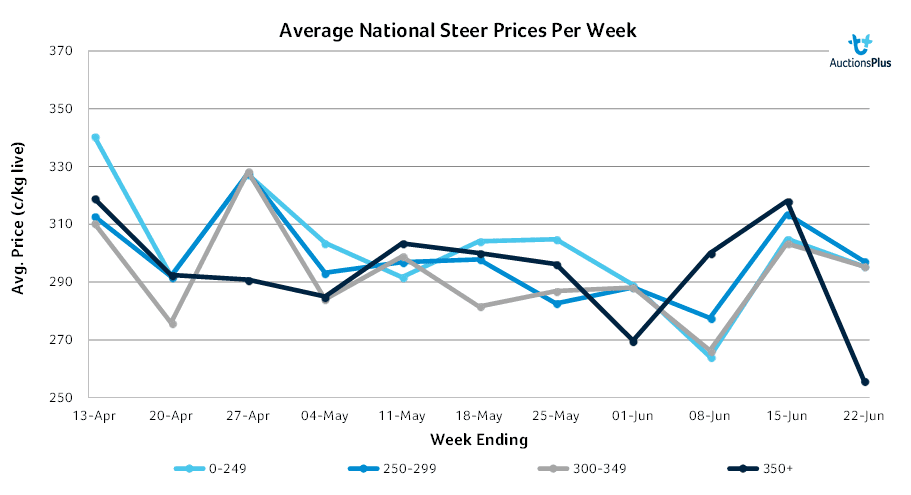 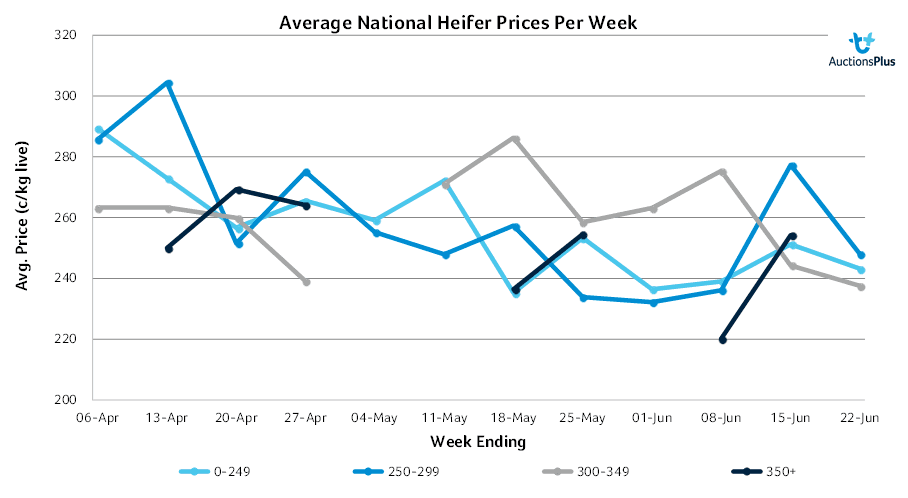