Three lines of Angus cows and calves totalling 110 head from Molong, NSW included younger three-year-old cows selling for $1210 and these older cows to six years which sold for $1600 and $1630 respectively.

CATTLE offerings dropped by 39 percent on AuctionsPlus this week, representing a decline of 4700, to 7300 head. The sharp adjustment in supply saw a significant rise in clearance, with most categories selling to 70 percent or greater.

Weaner heifers saw the highest demand with a 78pc clearance and a rise of 24c/kg, while steers less than 200kg were up 42c/kg. Prices for steers 200-280kg were up 20c/kg on average on last week. Southern Queensland was active this week, both in terms of head purchased and head listed.

Demand for cows and calves was stronger, achieving a 70pc clearance for the 1200 head offered. Prices ranged from $640 to $1640 and averaged $1111. NSW had the majority of listings again and achieved 100pc clearance.

Top price was achieved by a line of 53 Angus cows and calves offered by Bald Blair Pastoral, Guyra, NSW. The Angus cows were 3-5 years old, EU accredited and had 2-10 week old calves at foot.

Other highlights include a line of 4-5 year old Angus x Limousin cows with calves sold for $1320 from Tamworth and are heading to a buyer in Northern Victoria. Three lines of Angus cows and calves from Molong, NSW included younger three-year-old cows selling for $1210 and the older portion to six years for $1600 and $1630 respectively.

Another highlight was a small line of Santa cross steers from Ross, TAS. The steers were 12-13 months old, averaging 315kg and returned 320c. 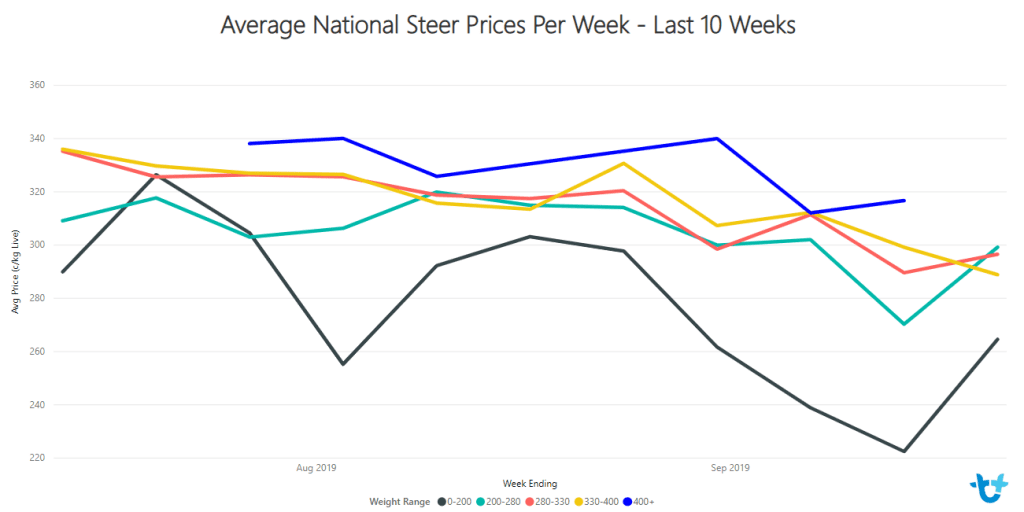