Large yarding numbers continued to be presented for sale this week. Overall quality was mixed, with most store cattle in fair to plain condition. Restocker buyers were more selective when purchasing and light weight yearling steers and heifers declined in price. Good quality sorts found good restocker and feedlot competition, but most medium and heavy weight steers were cheaper, with not all feedlot buyers operating. Cows dropped up to 30c/kg in price on average. 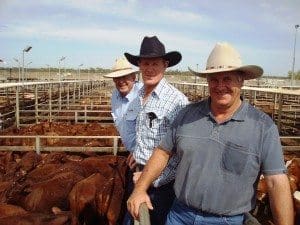 A total of 9615 head of cattle were consigned at Roma’s Store Sale.

Only small numbers of cows and calves were penned and sold to $900/unit.