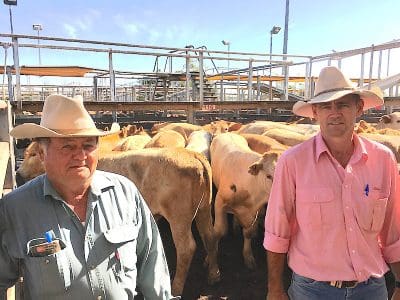 The number of cattle yarded increased this week, as parts of western Queensland dry out from recent rainfall.

The bigger store sale attracted more restocker buyers to the market and all the usual feedlot buyers were operating. Prices remained solid for most categories of yearling steers, while heifers continued to receive plenty of competition from feedlot and restocker buyers.

A total of 6853 head of cattle were consigned at Roma’s Store Sale on Tuesday.