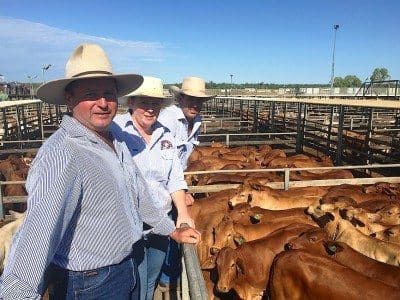 The largest numbers of cattle were penned so far this year. Plenty of restocker buyers packed the laneways and feedlot buyers snapped up the larger offering of heavier weight cattle.

A total of 7495 head of cattle were consigned at Roma’s Store Sale.

Large numbers of cows and calves were consigned at the sale. A pen of Droughtmaster cows and 2 to 4-months-old calves at foot made a record $2,260, with most average $1,430/unit.