CATTLE numbers slipped again this week on AuctionsPlus, however patchy rain over the eastern states brought with it a higher clearance rate of 61 percent.

Total numbers listed this week reached 4823 head, down 1134 on the week prior. Most young steer and heifer prices trended upwards, after a sustained period of declines. Cow and calf numbers remained strong, making up 26 percent of the listings.

First-calvers this week averaged $1768 and sold to a top of $2160 for a line of 24-month-old Simmental cross cows averaging 545kg with Angus calves at foot from Orange, NSW. These cows were sold re-joined to Angus bulls.

Joined heifers averaged $1266 this week and sold to $1330 for a line of Lawsons blood Angus heifers from Boorowa, NSW, rising two years and averaging 484kg, and PTIC to Angus bulls. 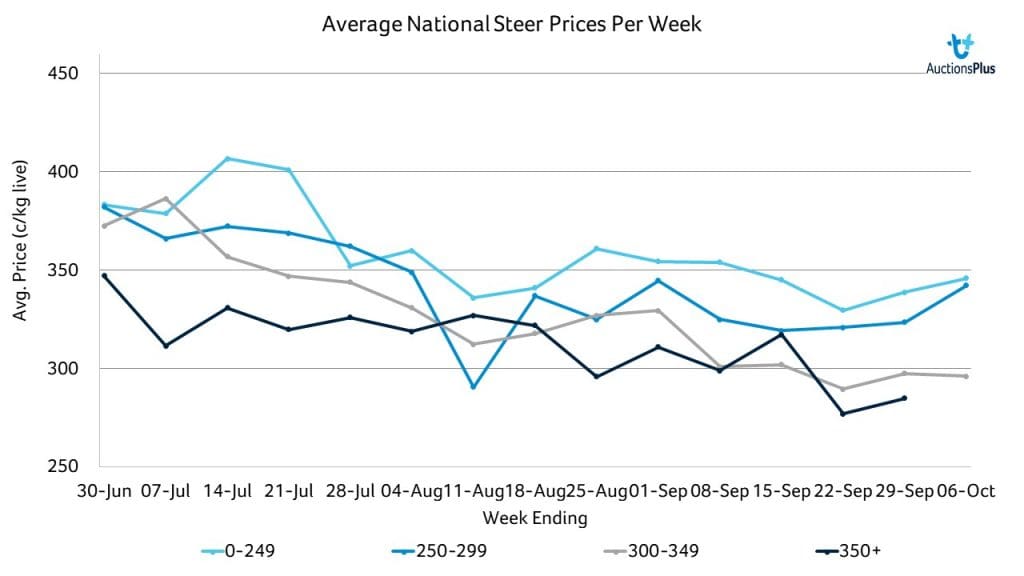 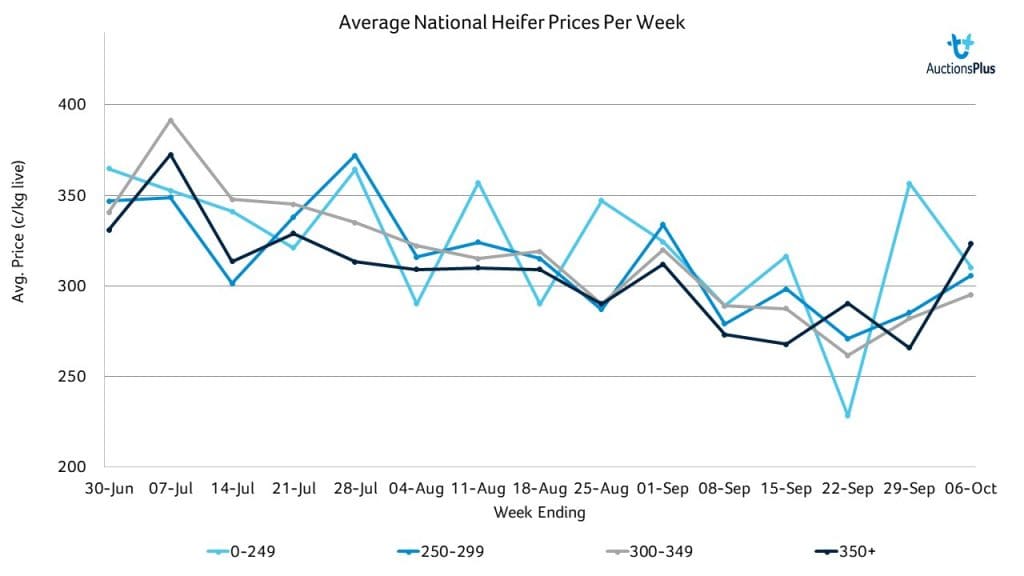