LISTING numbers on AuctionsPlus have surged to near record high levels this week, lifting by 30 percent to more than 15,000 head in catalogues across the four cattle sales.

For the statistically-minded, this week was the third highest offering in history for AuctionsPlus commercial cattle listings, excluding cattle re-offered from the previous week, at 14,287 head. The all time record was set in April this year (14,563 head), followed by a week in March 2018 (14,322 head).

The majority of stock again came out of the NSW Northern Tablelands, which accounted for 5200 head. Weaner heifers were a popular item, achieving 89pc clearance and averaging 289c, up 2c.

PTIC females saw a total of 541 head listed this week, with cows achieving 95pc clearance. Prices ranged from $1070 to $1640 and averaged $1344. Top price was achieved by a line of 11 Murray Grey cross heifers, from Ringarooma, TAS. The heifers were 18-26 months old and PTIC to SimAngus bulls. The same vendor sold another six lines of PTIC heifers.

Other highlights include a line of 17 Angus cows 3-6 years old, PTIC to Angus bulls, from Bombala, NSW which sold for $1490.

Light steers less than 200kg averaged 340c, down 9c on last week. A line of 4-5 month old Angus steers, 136kg, from Quambone, NSW returned the top price of 474c. Another highlight includes 78 Angus weaned steers from Bundarra, NSW. These steers weighed 180kg and sold for 350c to a buyer in Victoria.

The image below shows the paddock conditions for a heavier line of similar aged steers also from Glen Collin Pastoral near Walcha offered this week. These feeder-weight steers 419kg, had been on a full grain ration including 40pc rolled wheat, 30pc palm kernel meal and 30pc soy hull pellets. They were passed in for 335.2c/kg. 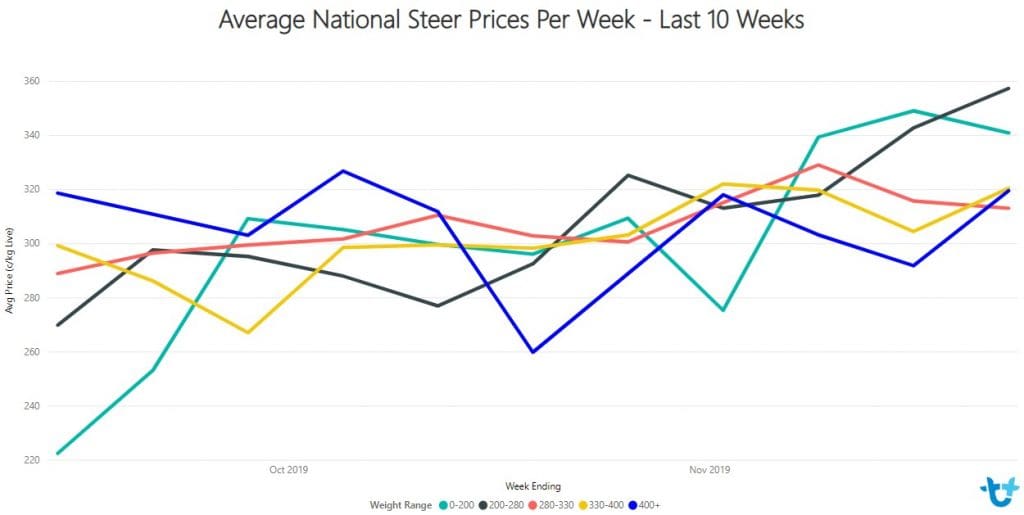 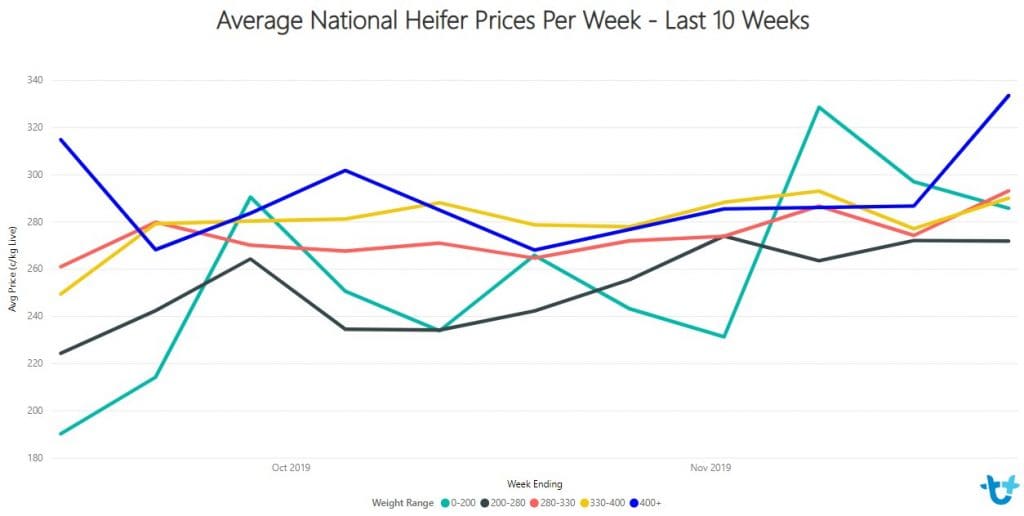