MARKET reporting of South Australia’s weekly Naracoorte cattle and sheep sales is in limbo after it was discovered Meat & Livestock Australia had not been invoicing for the service for at least four years. 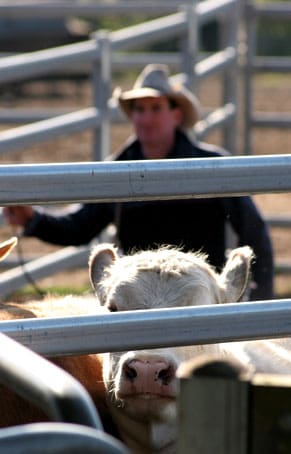 The situation means that MLA and its National Livestock Reporting Service has had a hole in its revenue of about $10,000 a year from Naracoorte for several years while providing market reports free-of-charge.

In a move to standardise market reporting invoicing for Australia’s saleyards, MLA recently told the Naracoorte Lucindale Council, and saleyard owner-managers nationally, that it was raising the fee for the service from $130 to $200 per sale, representing one third of the $600 cost per report. The remaining $400 is recovered from industry levy funds.

However, after the council’s saleyard management board told MLA it would not pay the new fee, MLA yesterday advised it would not be reporting the Naracoorte sales from July 14.

Naracoorte Lucindale Council’s director of operations Steve Bourne said he had been in his job for four years “and we haven’t been invoiced in that time.”

Mr Bourne said the council had been budgeting $1000 annually for market reporting, but had not been receiving any invoices from MLA for the reporting of Naracoorte’s 80-84 sales during the year.

“The view of the (saleyard) board was that it was a service that MLA should be providing because they get enough funds from other sources.”

Mr Bourne said he had also spoken to the Naracoorte stock agents about funding the reporting service, because he was aware agents at other saleyards part-funded the NLRS reports.

“The other thing is we have no contracts with them (MLA), so to send invoices like this is a little bit ridiculous.

“Myself, I think it is nice to have the reporting done, it certainly adds value – but who should be paying it? – if it was a shared cost I think I could sway the board to put some dollars towards it,” he said.

“But $200 a sale when we are running as many sales as we do and acknowledging that it cost $600 a sale to report, I’m hoping the agents might come good with a bit of support for it as well.”

Mr Bourne said he had been told other saleyards were not aware whether they were paying for the service and believed the current market report funding needed to be re-examined.

“I think it would be worthwhile having a look at it.”

An MLA statement said MLA currently reports 70 sheep and cattle markets through its market reporting service with 27 livestock market officers in the field around the country.

“MLA has a standard fee structure in place to report on these sheep and cattle markets to ensure fairness and consistency across markets in all states, based on throughput numbers.

“The fee structure equates to one-third of the cost to MLA of reporting each market.”

MLA said the Naracoorte Lucindale Council and local livestock agent association have declined to participate, and as a result MLA can no longer send a livestock market officer to Naracoorte’s weekly sheep and cattle sales.

“MLA’s marketing reporting service provides producers with relevant information, a reliable marker of price, greater buying confidence and a clearer indication of market trends across the country. This is to ensure producers and livestock buyers can continue to make informed livestock marketing decisions.

MLA aims to report the top markets, based on throughout, for both sheep and cattle, in each state,” the statement said.

Naracoorte Combined Agents Association Laryn Gogel said he had asked for feedback from agents “to canvass their thoughts and opinions”, but no decision had been made on whether NCAA members were prepared to contribute to the $200 weekly fee.

He has asked agents if they wanted the reporting service, was it of value, and did it enhance or compromise their businesses.

“They’re the opinions we need to get back and then form an opinion as to whether the agent body was to contribute anything, if it all.”

Mr Gogel recognised that the reporting service gave public exposure to saleyards and livestock sales, although many agents already generated their own market reports for agents. He confirmed that MLA had not been invoicing the Naracoorte Lucindale Council for the market reporting service.

“So I would say that we are not going to have any chance of a formal decision from the agents until Tuesday.

“We are going to miss a market report.”