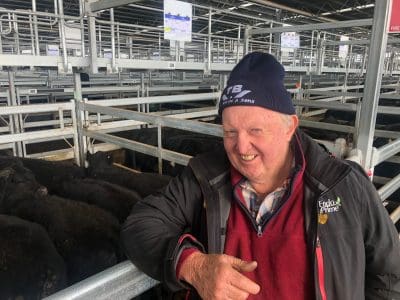 THE heaviest grown steers and heifers penned in this month’s Ballarat store cattle market made the best price gains.

Bids mostly placed between $2500 and a top of $2720 a head for steers weighed upwards of 500 kilograms liveweight were the order of the day for these to average 35c/kg higher than the centre’s month earlier sale.

Feeder steers weighed from 360 to 500kg, were also in higher demand.

These averaged 20c/kg dearer, due in part to the inclusion into the feeder buying field of the nation’s largest privately-owned feeder, Queensland-based Mort & Co.

The order, although not overly dominant on the day, has reportedly taken pens at a northern Victorian contract feed-yard.

Watch this recorded vision of the opening lane of sales:

TB White joint-principal and auctioneer, Leo White said the biggest rise definitely went to the cattle with the most weight.

The heaviest cattle were all significantly dearer while the lighter cattle were although also all dearer didn’t see the same rise, Mr White said.

The weather has been tough on cattle here in the southwest over the past month, Mr White said.

“Most in the yarding were visibly drier in the coat. They have lost their bloom but they were still good underneath and they will do well in warmer conditions” he said. 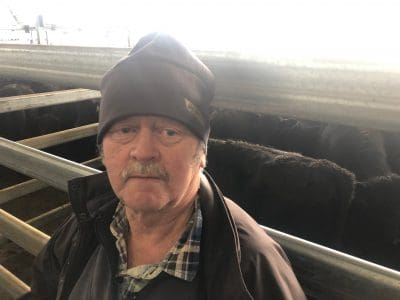 HF Richardson auctioneer, James Haddrick said while the feeder buying group was larger, the depth of the local restocker competition was not as widespread.

“That said, the better style and lines of weaners did sell well and attracted more money”, Mr Haddrick said.

This was especially the case in the steer market, and then he added: “if buyers think they can come to the market and buy small steers for less than $1500, I’d say they’d be dreaming”. 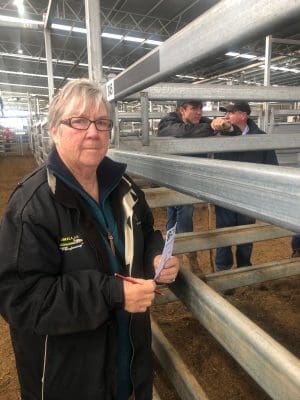 Avoca lot feeder, Cheryl Field has been a regular buyer at Ballarat sale for 40 years.

The best priced of the heavier coloured steers was a yard of seven Herefords, 598kg that made $2620. 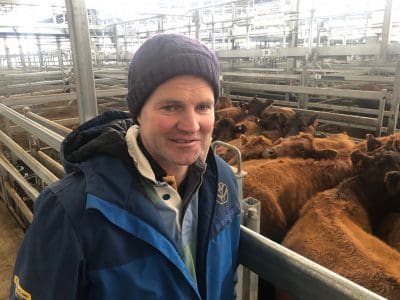 A strong display of Hereford steers was also met great with enthusiasm.

Commission buyers, Campbell Ross and Duncan Brown were heavily active throughout the market filling feeder and restocker requirements for both interstate and intra-state orders.

James Haddrick said demand within the heifer market mirrored that of the steer sale whereby the heaviest cattle received the greatest mark-up.

Feeder heifers were mostly sold between 450 to 480c/kg while lighter heifers all received a rating stamped above $5/kg. 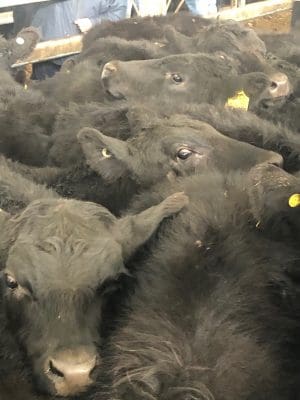 The diverse yarding of breeding females was bolstered by the inclusion of the two herd dispersals.

Comprising Toora West-bloodlines and joined to Murdeduke Angus bulls these made $2720 while a yard of 18 fourth and fifth-calvers, same details made the same money.

And from Neerim South GL&SL Rogers, also sold at $2720 a pen of 19 Arrandale Stud Red Angus 2nd-calf cows while a yard of 15 third-calvers from the same vendor made $2700.

The highest priced cows with calves at foot made $2900. These were 3rd & 4th-calf re-depastured Angus, with 4–6-month Angus calves at foot while other pen-lots with younger calves mostly made $2450 to $2850.