VIDEO LIVESTEAM: See how the sale unfolded with commentary with Murray Arnel 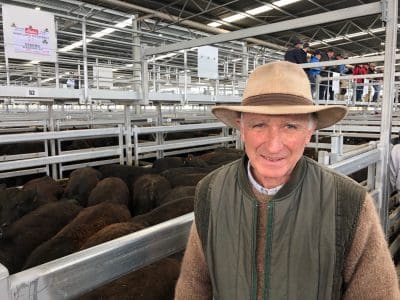 Southern restockers, armed with a solid wedge of feed now growing, were eager for all weights of cattle at Ballarat’s October store cattle sale on Friday.

The sale, although reduced in number on the centre’s month-earlier September sale, offered improved quality with more weight offered across the 3182-head penning. 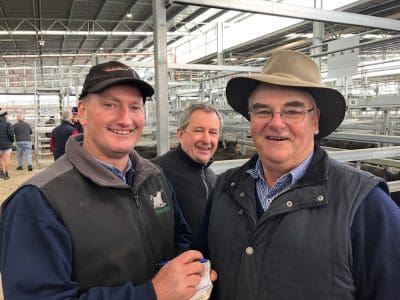 The market for an impressive yarding of heavy grown steers, in its early stages, was dominated by a single interest placed from South Gippsland.

The Elders Korumburra bullock-finisher order claimed seven of the first 10 pens offered paying upwards of $1420 to a market top of $1860 a head for steers weighed 450 kilograms and heavier.

TB White & Sons principal and auctioneer, Leo White said the market for heavy cattle, whilst lacking the intensity previously shown by the lot feeding sector, was only slightly easier than the month earlier sale.

It was still a very satisfactory result, Mr White said. “Instead of making 320 to 330c/kg, heavy steers have mostly made 310-320c/kg but they had more weight”.

This was the case throughout the entire sale Mr White. “The cattle were heavier than they have previously been and so any reduction in the cents per kilogram (rate) was compensated by weight gain”.

Among the leading sales of heavy steers, vendor Sitebarb sold a yard of six Angus, 609kg at $1860 a head. 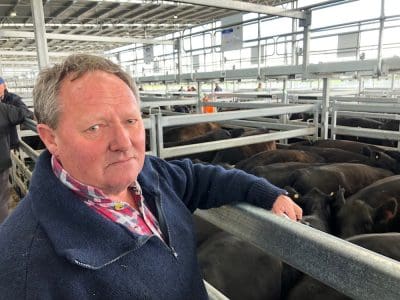 Although agreeing the market for the softer for the cattle offering weight, Graeme Nicholson, Elders, said there were still some very significant sales achieved as some of the better drafts achieved rates beyond 340 and up to 360c/kg. 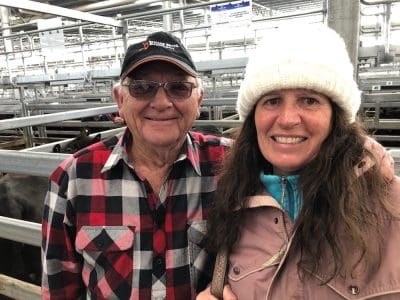 Charles Stewart & Co auctioneer, Jamie McConachy, however, saw the pens of light weight cattle as being the biggest price-movers on the day.

Light weight cattle he said were easily $50, and possibly as much as $100 a head higher-priced than the previous sale.

Leo White agreed telling Beef Central local area restockers had gained a lot more confident in the season following further rainfall in the week leading up to the sale.

The previous sale was very strong especially for the heavier cattle but sales of light cattle were soft in comparison because it was still wet at the time, Mr White said

“But conditions have changed, with some dryer weather and then another fall of rain, and confidence in the season is growing now the feed is growing” he said.

As a consequence, he said only a limited number of sales were made below a solid based of $850 a head with the majority of the lighter steers sold between $900 and $1100. 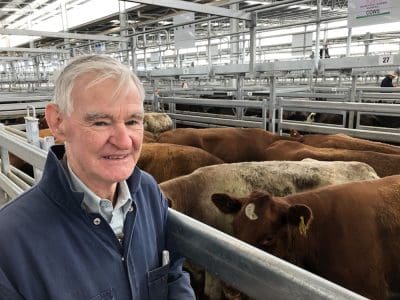 Mr White said the inclusion of the Landmark International live export order into the buying field was also of assistance placing in firmer base in the demand for lighter weight steers.

The demand for heifers, by no coincidence, mirrored that of the steer market whereby heavier heifers to feed met an easier demand but light weights were dearer.

Once again, several large well-executed southern orders, operated on a solid base of 270c/kg, resulting in a large number of sales being made between $680 and $950, with heavier feeders sold to a top of $1220 a head for 430kg or thereabouts.

With the season now more assured restocker interest in cows with calves at foot rose sharply by $100 to $200 a head, Leo White said.