LEADING Australian meat processor and exporter Thomas Foods International has leveraged off its branded beef and lamb marketing in North America to supply valued-added goat cuts to a major US retailer.

The value-adding initiative and strong demand for goatmeat in the US has enabled the company to today offer Australia’s goat producers a record $10/kg for 6.1kg-plus carcase weight goats.

TFI’s national small stock manager Paul Leonard said the Australian record price will be paid for goats of 6.1kg-plus carcase weight delivered to its plant in Lobethal, South Australia, from next week. 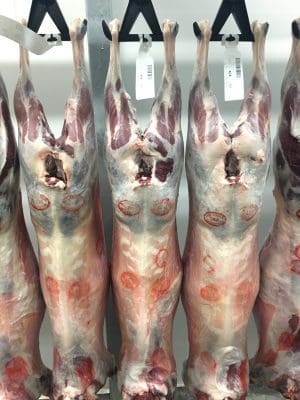 The record price is an 80c/kg lift on TFI’s previous highest price of 920c/kg late last week, up from 800-820c/kg over recent weeks. The lower weight range minimum of 6.1kg, down from the former 8.1kg limit, reflected the US retailer’s capacity to market lighter goats into specific market segments.

Mr Leonard said TFI had leveraged off its top-end branded Angus beef and premium lamb cut products to a major American retailer to now supply goat meat in value-added cuts and portions to the chain.

“Because of our strong presence with our beef and lamb we have been able to leverage off that to gain the support of one of the major retailers in North America to take a substantial goat position with us.

“It’s on favourable terms and we are passing that on down into the Australian supply chain.”

TFI’s Lobethal plant had the capacity to process up to 15,000 goats a week.

Mr Leonard said TFI’s proactive pricing reflects the strong outstanding overseas demand for goat meat and the company’s confidence in goats as a core part of the family-owned business.

“There is outstanding global demand, we’ve written some favourable contracts and been able to leverage off our strong beef and lamb business with TFI North America.

“There is the demand, we can pay the money and people are prepared to pay for the product.”

Mr Leonard would not name the retailer, but the chain has handled goat product before and will now widen distribution of the value-added TFI goat meat products into new outlets.

Goat meat has traditionally been marketed in the United States as a commodity product, but TFI will add value to goat meat by doing specific cuts and ready-to-eat portion packs for the retailer at the TFI USA Swedesboro facility in New Jersey, USA.

“A lot of processors would just be sending cartons of six-way frozen goat, but we’ve gone to the next level with further value-adding and doing some branding of the product in our value-adding facility in Swedesboro for the retailer, to extract maximum value.”

Mr Leonard said with the value-adding capacity TFI had the potential to brand and package goat meat products for retailers, as it has been doing with beef and lamb, including adding menu and cooking advice on the packaging.

“We are starting to see now that demand for goat meat is becoming more mainstream, domestically and internationally – it’s not just certain segments of the population.

“That is what is driving the demand, and the fact that we are educating our consumers on how to prepare and cook goat and they are enjoying the eating experience and they’re telling their friends.”

Mr Leonard said he hoped the increased goat pricing would incentivise investment in fencing to manage and breed goats.

He said already in New South Wales and southern Queensland we have seen a lot of investment in further fencing to manage and control goats, especially with the advent of exclusion fencing.

“There are many people in the western division of New South Wales that are going into goats as their primary operation, moving out of wool-growing into goats.”