This line of 110 18-22 month old Angus steers from Walcha, NSW averaging 410kg topped this week’s market, selling for 378c to a local buyer.

THE sustained downward trend in cattle listing numbers on AuctionsPlus continued this week, with 7370 head offered, down another 1050 head. The looming prospect of a dry winter continues to impact on prices and clearance.

Young steer weight categories trended up in price this week, while heifer prices were mixed.

Feeder cattle continue to draw strong bidding activity with a line of 110 18-22 month old Angus steers from Walcha, NSW averaging 410kg topping this week’s market and selling for 378c to a local buyer.

Interstate buying activity also continues, with a line of 50 Santa backgrounder heifers averaging 287kg and aged 12-26 months from Goodooga, NSW sell for 215c to a buyer 1600km away in Richmond, QLD. NSW continues to dominate the listings making up 68pc of this week’s offering, with significant numbers from the North West Slopes & Plains. Buying regions were dominated by the Northwest Slopes & Plains and Riverina, NSW, followed by Southern QLD.

Large numbers of joined females continue to flood the online market, comprising 25pc of the catalogue this week. NSW buyers were active purchasing all lots sold within the category. PTIC heifers sold from $1140 to $1200, averaging $1170. Highlights included a line of 15 PTIC Angus heifers, 20-12 months, from Cooma, NSW which sold for $1140 to a local buyer.

Light steers under 280kg were in demand with an 81pc clearance achieved for the category and prices ranging from 245c to 348c, to average 296c. A line of 103 Angus cross steers averaging 241kg at 9 months from Narrabri, NSW sold for 302c to a buyer in Inglewood, QLD. 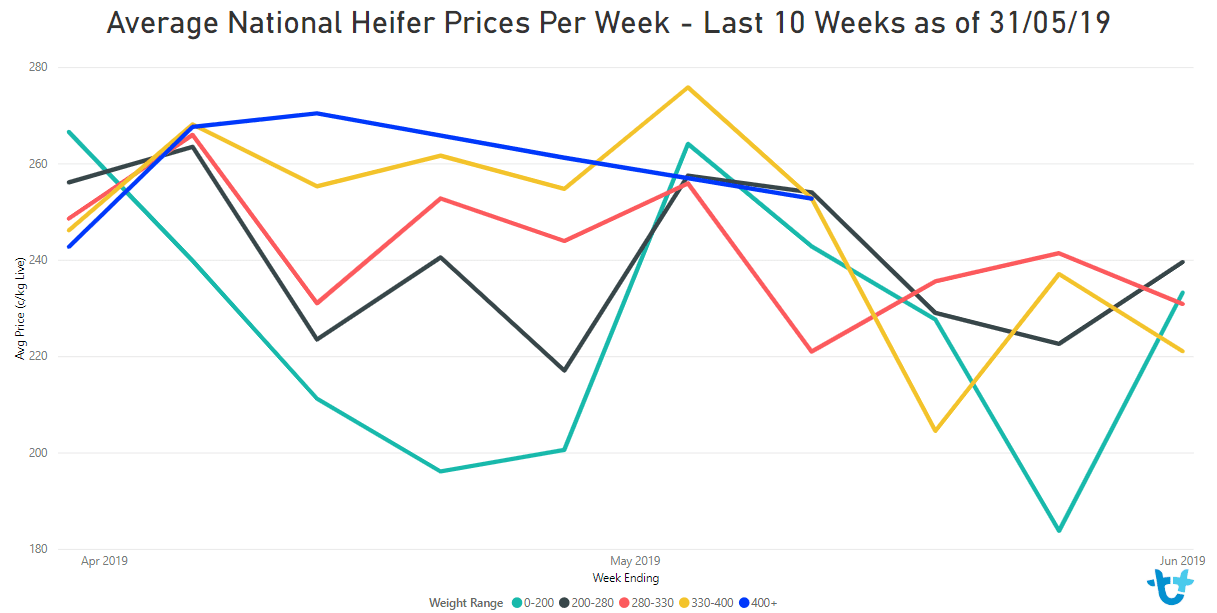