CATALOGUE numbers rose sharply on AuctionsPlus this week, with the passing of the holiday-shortened Easter weeks. There were 11,136 head offered this week, up 44 percent on the week before. New South Wales listings dominated the catalogue, making up 63pc of the listings, while Queensland made up 24pc.

Dry conditions across NSW and Victoria saw markets continue to struggle this week with low clearance rates, and as was the case last week, it’s expected that more sales will be completed over the weekend.

Most steer category prices were slightly softer this week, with bigger offerings.

The limited number cow and calve units that sold at auction this week in the Eastern States sales were topped by a line of 6-7 year old Angus cows with Angus calves at foot from Casterton, VIC selling for $1820. The same vendor also sold 23-24 month old heifers with calves at foot for $1720.

A line of 2-13 year old Charolais cows with Charolais, Charbray, Angus and Brahman calves at foot from Winton, western QLD sold for $1550. 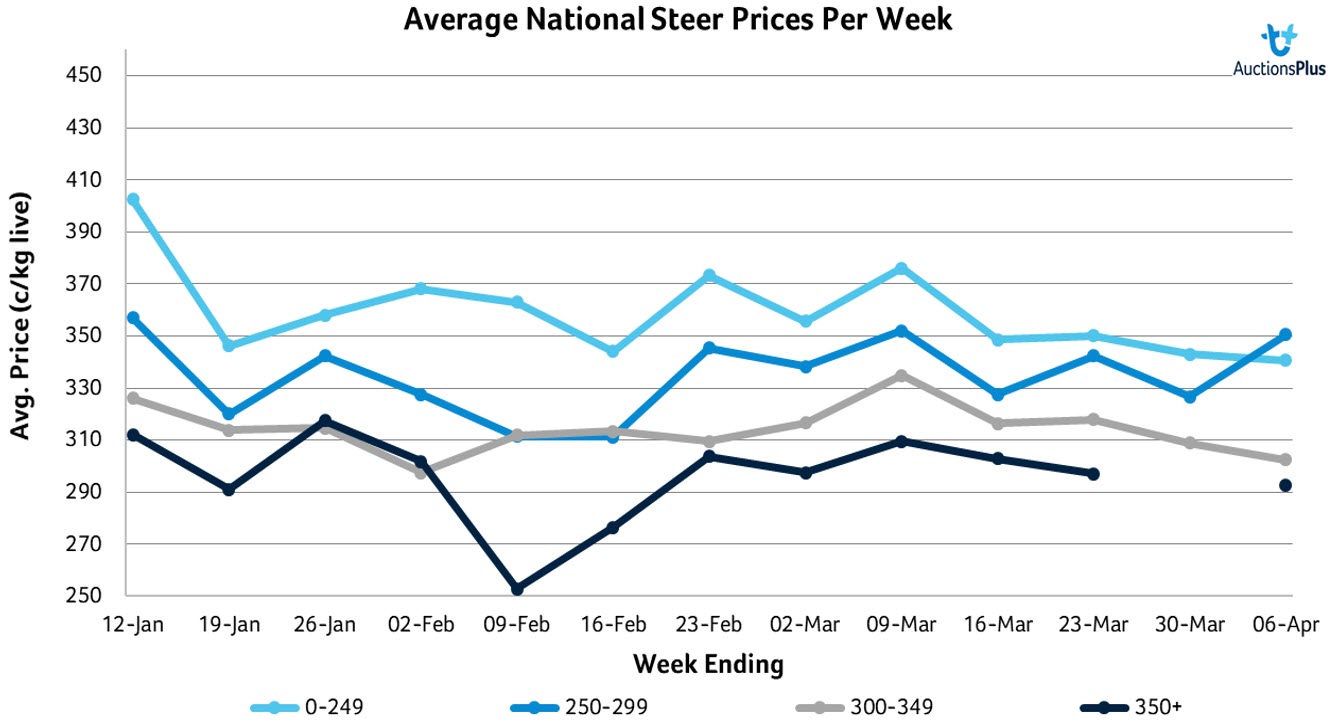