Millah Murrah blood Angus weaners being prepared by JS Grazing near Injune for a pioneering interfaced store sale at Roma on July 5.

TWO exceptionally large lines of showcase weaner cattle being offered at Roma store sales over the next two weeks will be the first in Queensland to be supported by new online marketing technology featuring live video and audio feeds from the sale, and live external online bidding.

While Elite Livestock’s ‘Stock Live’ technology has been used successfully in recent stud cattle sales and even a property clearing sale, this will be the first application of the full suite of technology in Queensland on commercial stock.

Utilising the technology will be Roma agency, Watkins & Co, which takes responsibility each year for two of the largest lines of one-brand store cattle to pass through the Roma yards on an annual basis.

Selling at next Tuesday’s sale will be the Murray family’s Kindee Pastoral Co annual turnoff of weaner steers and heifers, totalling 52 decks, or 1500 head. A week later, on Tuesday, 5 July, the Shaw family’s JS Grazing Co from Injune will sell its annual turnoff of 750 EU-accredited Angus weaners.

Both vendors have taken the highly unusual step of committing their entire annual weaner turnoff each year through a single sale at Roma – but in doing so, have established strong repeat buyer support from restockers, backgrounders and feedlot operators looking for large, even lines of well-bred, high-performance cattle.

The introduction of the Elite Livestock online bidding interface this year on both lines adds another level of completion, seamlessly integrating the digital bidding platform and the traditional physical saleyard format.

“It means that interested bidders who cannot get to Roma for either sale because of rain or work commitments can still compete on the offerings,” Watkins and Co’s Brad Neven said.

“Somebody who wants to buy only a single pen might not want to drive all the way to Roma, but this way they can still compete on quality cattle. It’s about extending the buyer footprint,” he said.

“There’s a critical shortage of store and fat cattle in Victoria at present, and this is going to give the opportunity for some of those more distant people to buy some outstanding northern backgrounder cattle, without the need to travel 2000km to attend the sale.” 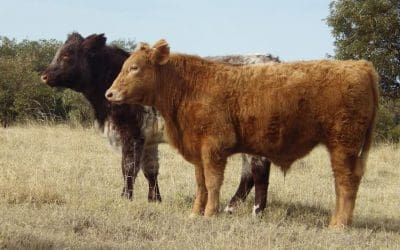 The Kindee offering, broken into 36 sale lots, includes 1000 Santa/Charolais/Shorthorn and Santa/Charolais/Hereford cross weaner steers, 8-10 months at 260-350kg, plus 500 similarly bred and aged weaner heifers. Vendor Ian Murray remarked on the impact Weebolla Shorthorn genetics had made within the herd since the breed was first introduced to the three-way cross  five years ago.

The weaners are bred and weaned on brigalow/bottletree/bauhinia scrub country either Cowangah, near Taroom, or Muya, via Injune. Weebollabolla itself has featured as a prominent buyer of the Kindee weaners in recent years, in a bloodline progeny buyback onto Moree oats country. Many of the weaners at past sales have gone south into NSW and even Victoria.

Remarkably, the Murray family has sold their annual turnoff at Roma at the same time each year for 30 years or more. In total, the family’s unusual ‘one-brand, one-sale, every year’ strategy can be traced back close to 70 years.

There is obvious a considerable ‘risk factor’ involved in putting all their eggs into one sale basket like this, season wise. But apart from a sale two years ago when the region was in severe drought, the arrangement has well and truly paid off in almost all other years.

This year, the timing could hardly have proved better, with the big surge experienced on young cattle pricing across eastern Australia over the past three weeks, following widespread and significant rain. 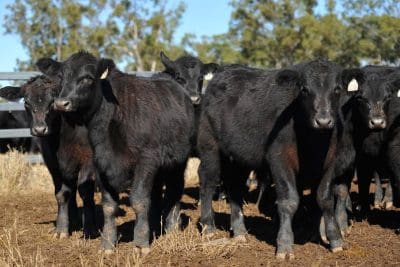 All are bunk-trained, yard-weaned, paddock-prepared, drenched and have received a booster shot of 5-in-1. The weaners have been bred on Millah Murrah performance Angus bloodlines for the past seven years, and according to Watkins & Co’s Brad Neven were an exceptional draft of purebred Angus weaners.

“The JS Grazing herd neat Injune is ranked in the top two or three commercial Angus herds in Queensland,” Mr Nevan said. “They’re very good cattle and they spend a lot of money on their herd bulls. Their herd bull purchases last year from Millah Murrah averaged $12,000 each.”

The Shaws have sold their annual turnoff through Roma at this time of year for the past six or seven consecutive years. The lead of the steers tend to go direct to feedlots and oats fatteners in NSW and southern Qld, with the lighter cattle often heading to backgrounders around Coonamble, Inverell, Darling Downs and other locations.

“The buyers come to these two feature sales knowing these cattle haven’t been picked-over, and they are getting full opportunity to buy the best of each calf crop, from the heart of the herds,” Mr Neven said.

Elite Livestock’s Chris Norris said the distinction between the upcoming Roma sales and earlier attempts at interface selling was that the Kindee and JS Grazing sales will be live video, live audio, and live external bidding, as the sale progresses. Pre-sale, there will also be pre-recorded video available for bidder viewing, uploaded later today.

“There’s been earlier attempts, but these were either based on live stream video without the ability to make a bid, or telephone-based bidding, which slows the process down,” he said.

Elite Livestock conducted an interfaced machinery clearing sale three weeks ago using the same platform, which saw 50pc of the items sold at the sale fall to remote buyers.

“There was no lag in the bidding, and the online bidders kept up with those physically present at the sale, as quick as we could sell,” he said.

He suggested for stakeholders new to bidding online who were keen to learn more, they should visit the Elite Livestock website to register and take a moment to watch a tutorial video to ensure they were familiar with the user-friendly platform

Details about accessing both the Kindee and JS Grazing sale offerings – either to bid or simply observe – can be accessed here.