In Tasmania, PTIC females were in abundance this week, with more than 300 offered from the north of the state. The annual production sale of the Panshanger Estate Angus herd saw 174 breeders offered, with these four-year-old quality Angus cows, 4-6 months in calf to Angus bulls, topping the market at $1750.

All steer categories from less than 250kg to +350kg were back at least 20c/kg last week, and in places more than 40c/kg. Most heifer values also fell sharply.

While clearance rates continue to reflect widespread turnoff due to deteriorating seasonal conditions across NSW and Victoria, the number of online auction attendees remains steady week-on-week.

Elders Queensland livestock manager Paul Holm said, “Now presents a great opportunity for agents to change their conversations and look not to the lowering prices, but the opportunities they bring. The market is the market – there is an opportunity to purchase stock for less than what has been previously available. Seize the opportunity – there is a reward for optimism,” he said.

Joined females last week were in short supply, slipping to 603 head. PTIC and joined cows were mixed in quality to average $991 and sold to a top of $1500 for a line of rising three-year-old PTIC Angus cows from Straban, Walcha, NSW. A line of mixed-age station-mated Angus/Hereford cows from Keith, SA sold for $800.

PTIC heifers averaged $1576, an increase of $200 on last week, including four lots of 24 PTIC Angus heifers from Noonga, Spring Ridge, NSW, which returned $1700.

Cow and calf units averaged $1153 and sold between $960 and $1300. From Longarm, Barraba, NSW, a line of three-year-old Shorthorn cows with 86kg Speckle Park and Shorthorn-sired calves at foot sold for $1200.

Two-year-old Poll Hereford cows with 83kg calves by Angus bulls from Orange, NSW sold for $1300 while a line of rising four-year-old PTIC Angus cows with calves from Forest Lodge, Killarney, QLD made solid money in the 3-in-1 unit market, returning $1960. With Angus calves at foot averaging 217kg, these cows were offered four months in calf to Angus bulls.

To quote Ben on his successful results, “AuctionsPlus is a tool, not an exercise. You list the cattle to sell them, not to see what they’re worth. So, reserve them accordingly and let them find their own value.”

In Tasmania, PTIC females were in abundance, with more than 300 head offered from the north of the state. The annual production sale of the Panshanger Estate Angus herd saw 174 breeders offered, with four-year-old quality Angus cows, 4-6 months in calf to Angus bulls, topping the market at $1750.

In a breakdown of young cattle prices, by weightrange: 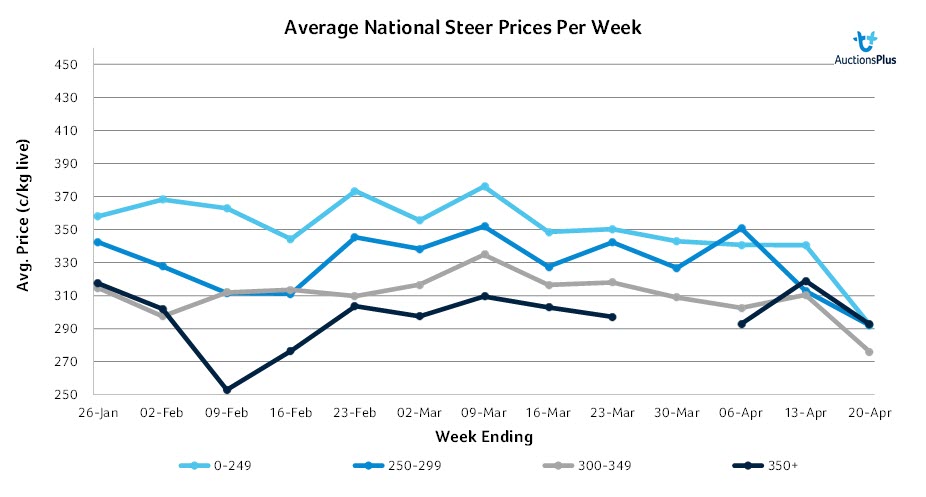 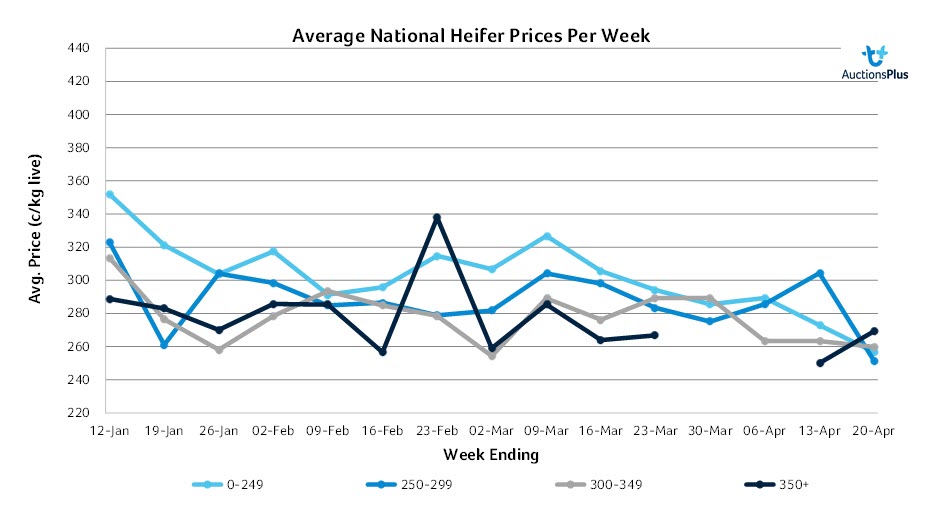