AuctionsPlus prices lift, on expectation of some rain Part of a line of 192 Angus cows, 3-4 years average 475kg, PTIC to Angus bulls, from Glen Innes in northern NSW, sold in three lines for $1160 this week. Note paddock conditions in background.

WITH some rain forecast across areas of eastern NSW and southern Queensland over the weekend, prices for most young cattle categories picked up sharply on AuctionsPlus this week.

The sale clearance rate for this week’s sales also improved, to 71 percent.

Overall numbers offered declined 25pc to 5589 head, as some vendors sat on the sidelines pending the results from any rain relief. NSW vendors provided 78pc of the yarding.

Again this week, the dedicated Weaner & Yearling sale attracted the majority of listings, accounting for 3617 head.

Highlights included 170 PTIC Charolais heifers and cows, offered by JI & LC Noller, Oakwells, Injune, QLD as part of a herd reduction. These females have been bred from Palgrove, Moongool and Gunnadoo bloodlines. Within the offering 33 heifers aged 22 to 26 months, weighing 440kg sold for $1500. The cow portion averaged $1190 and sold to a top of $1350.

Other highlights include a line of 5-8 year old Santa cows averaging 518kg offered by Ian Mitchell & Co, Aramac, QLD, sold PTIC to Santa bulls, which made $1700.

Cow and calf numbers halved from last week for a total offering of 596 head. First calvers averaged $1312 and topped at $1665 for a line of two-year-old Angus averaging 440kg and not rejoined, from Coolah, NSW. The Angus calves at foot were aged 2-3 months averaging 94kg.

Young cows and calves averaged $1211 and topped at $1960 for a line of 3-4 year-old Speckle Park x Santa cows averaging 584kg and depastured to Speckle Park bulls, from Hillston, NSW. The Speckle Park-sired calves at foot were aged 5-6 months averaging 176kg.

Older cows and calves this week averaged $813 and topped at $960 for a line of Hereford cows 3-8 years averaging 500kg with Angus-sired calves at foot, from Rockley, NSW.

Among other larger lines sold this week:

In a breakdown of younger cattle sold this week, by weightrange: 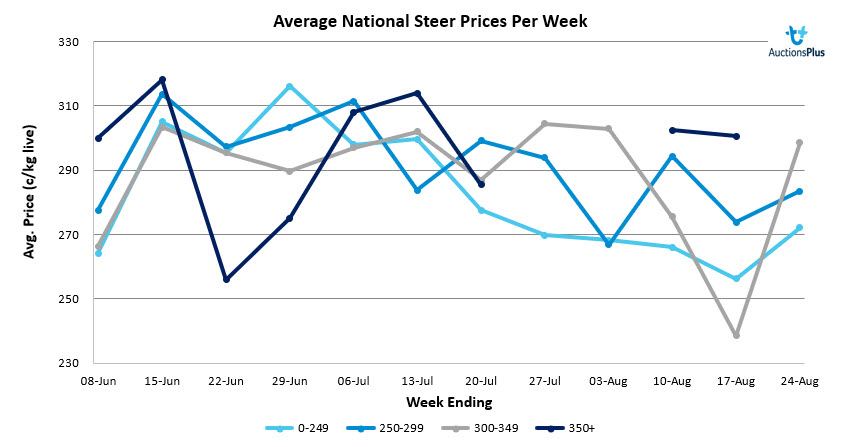 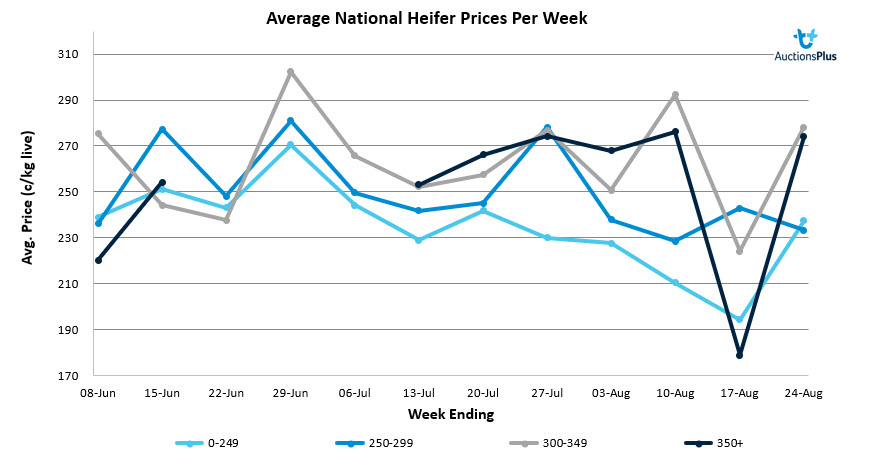