Showing ample evidence of the dry conditions sweeping large parts of Victoria and NSW, these three-year old Angus cows and calves out of Hamilton, VIC, offered in the Team Te Mania commercial female sale on Friday, made $2410.

CATTLE numbers listed on AuctionsPlus surged this week as the dry conditions continue in large parts of NSW and Victoria, with clearance rates are also reflecting the tough and worsening seasonal conditions as the industry moves towards winter.

More than 16,000 head were offered across eight commercial AuctionsPlus sales this week, up 5000 head on the week prior. NSW made up 60 percent of the listings, with a further 20pc out of Queensland.

The listing number is right up there with the all-time record number offered of 17,000 head in week ending 23 March – but that figure included re-offered cattle from the week before. The first-time offered cattle numbers that week of 14,292 was also a record.

Joined females were in supply this week with just short of 5000 head offered. PTIC and joined cows averaged $1446, with a top price of $2775 paid for a ‘specialty’ line of PTIC Fullblood Wagyu cows, aged 8 to 9 years, account Longford Station, Bendemeer, NSW.

Cow and calf unit numbers remained steady this week with 1361 head offered, with NSW contributing 40pc of the consignment. An average of $1625, and a top of $2410 was reached by a line of cows out of the Team Te Mania Sale. These cows were aged 36-38 months, account Wave Hills, Hamilton, VIC. Out of Queensland, a line of station-mated Santa cows from Prairie, North Queensland, aged 2-5 years made $1420. 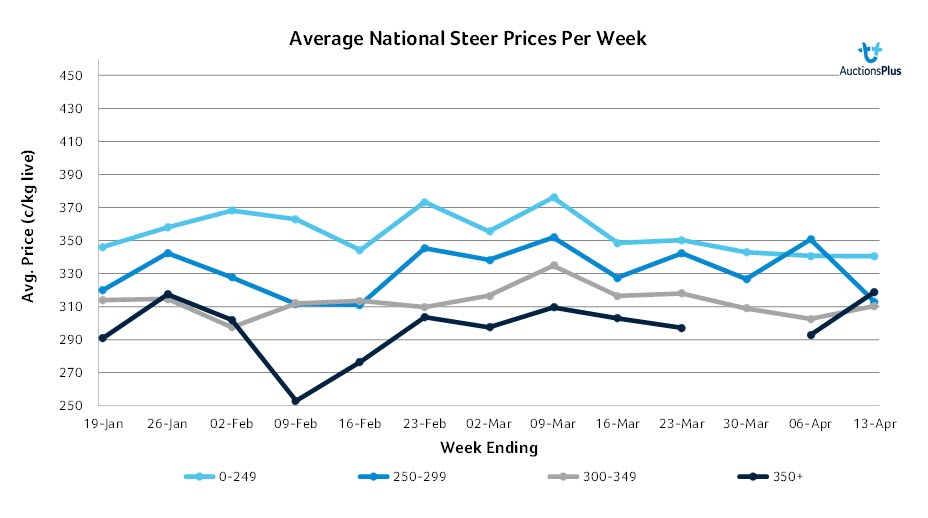 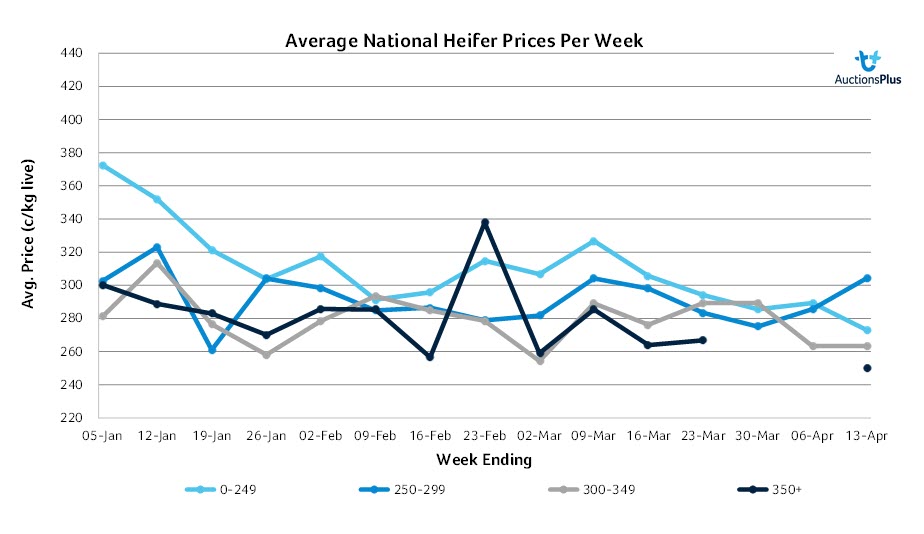