Who will be named 2015 Young Lot Feeder of the Year?

THE future of the Australian lotfeeding sector is in capable hands if the three finalists chosen to contest the 2015 Phibro Young Lot Feeder Achiever Award are anything to go by.

The award, now in its 22nd year, carries an alumni featuring many of the feedlot sector’s senior representatives, including a strong representation on the ALFA Council.

The Award aims to identify and promote future champions of the feedlot industry, by asking them to recognise and find practical solutions to key industry concerns.

The three finalists were chosen out of a talent pool of 17 young lotfeeders contesting this year’s award.

This year ALFA welcomed former ALFA president, Malcolm Foster, to the judging panel. Six entrants were initially invited to an interview in Sydney in August where they met the ALFA Council and presented on their written essay topic. The top three were then selected to present their essay at ALFA’s BeefWorks Conference being held in Toowoomba next week.

Here’s a quick snapshot of the three finalists, and their chosen industry topic: 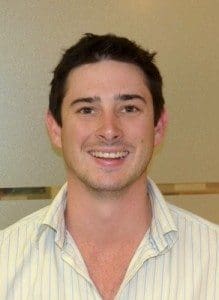 Thomas is currently the Operations Manager at Teys Australia’s Jindalee feedlot outside Temora NSW. Thomas has chosen drones and their potential commercial application in a feedlot environment as his topic for investigation.

“Drones provide an avenue for improved efficiencies in feed monitoring, with the ability for 24 hour surveillance,” he says. “Drones will enable closer monitoring of feeding patterns and even be beneficial in animal health monitoring. Whilst there may be some barriers to the commercial application of Drones at present, it will not be long before drones are common place in feedlots.” 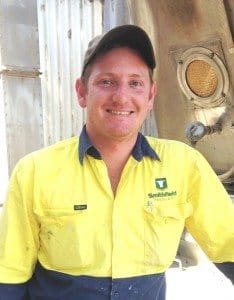 Andrew is currently a Trainee Manager at Smithfield feedlot near Proston QLD. Andrew has chosen to investigate further the area of Olfaction and the possibilities of training dogs to detect sick animals before clinical symptoms present.

“Dogs are currently being used in many fields of detection,” he says. “They are widely used in drug and explosive detection, but also a little less commonly known; they have been used in detecting cancers in humans. By using dogs as a health detection mechanism on a feedlot they can speed up identifying illnesses and the subsequent treatment processes.” 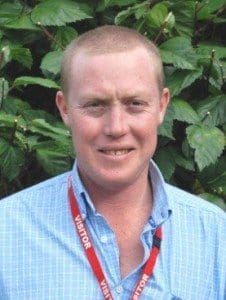 Jeff is currently the Assistant Manager at Coonamble feedlot near Coonamble, NSW. His topic explores the effect of acclimation on bulling.

Jeff identified bulling as a significant behavioural problem displayed amongst some steers and believes further research is needed in identifying why the behaviour occurs and what solutions are available.

“Identifying the causes of bulling in steers is difficult as there are so many possibilities including use of HGP’s, improper feed management, pen density and weather, just to name a few,” he says. Jeff believes boredom amongst these steers could be a major contributing factor and has undergone an acclimation trial on site in an attempt to find some answers.

The winner of the Phibro Young Lot Feeder Achiever Award will get the opportunity to undertake a study tour abroad (valued at $5000) and also be given the opportunity to enhance their leadership skills by participating in the TRAIL Program run by the Australian Rural Leadership Foundation on an MLA/ALFA sponsored scholarship.