ILLEGAL trespass by 120 activists on a Queensland feedlot property on the weekend raises serious questions for the beef industry and agriculture in general, the Australian Lot Feeders Association said in a statement this morning. 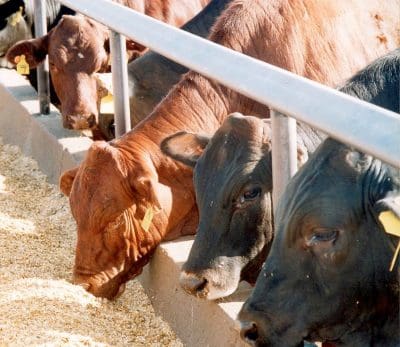 As reported in this separate item published earlier, an animal activist incursion took place on Saturday, when 120 activists stormed the family-run Lemontree feedlot near Millmerran on Queensland’s Darling Downs.

In its statement, ALFA said it was working with the Lemontree feedlot’s management team. The Queensland Police Service, which attended the feedlot during the incident, had also been engaged by the association.

“The Australian feedlot sector and the Australian Lotfeeders Association promotes adherence to the highest animal welfare standards,” it said.

“As an industry, we undertake extensive research to inform best practice, with feedlots employing trained animal health staff and qualified nutritionists and veterinarians to ensure the health and welfare of livestock is a priority.

“The nature and circumstances of this incident – illegal trespass – raises broader questions for our industry and the agricultural sector. This type of behaviour from some animal activists is reckless, is distressing to farmers, feedlot operators and their families. In addition, it poses serious safety, animal welfare and biosecurity risks,” ALFA said.

“The recent publication of the locations and personal details of family farms and feedlots by activist group Aussie Farms has led to multiple instances of illegal trespass. It has left many of our hardworking Australian family farmers and feedlot operators feeling intimidated and threatened,” the statement said.

“As an industry, we understand members of the community may have questions about animal welfare and livestock production and we welcome these inquiries. However, the type of intimidation and illegal behaviour from minority activist groups such as those witnessed over the weekend needs to be addressed by all levels of government,” the statement said.

“ALFA is proud of our world-leading initiatives including the independently audited National Feedlot Accreditation Scheme – a quality assurance system which drives best practice standards across the industry,” it said.

“We are proud of the important role feedlots play in supporting animal welfare and in providing high quality and nutritious food to Australians and the world. We are also proud of our role in supporting rural and regional communities through education and employment opportunities.”