Feedlots may be contributing to antibiotic resistance, research suggests 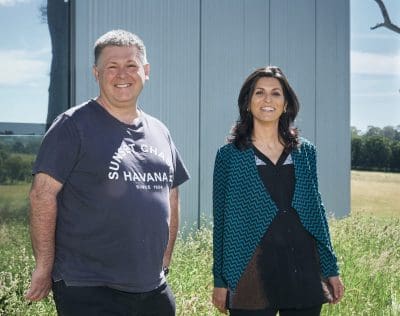 Mr Abbas’s finding that antibiotic bacteria that have evolved under feedlot conditions readily transfer to farmland soils has potentially significant implications for human and animal health.

Mr Abbas’s PhD supervisor, UNE microbiologist Dr Gal Winter, says that once antibiotic-resistant bacteria are in the soil, they can be transferred to humans via the skin, inhalation, or through plants.

Living bacteria may not be needed to create new generations of antibiotic-resistant bacteria, only gene fragments of dead bacteria. “Bacteria are very good at integrating DNA from their surrounding into their genome,” Dr Winter says.

Cattle feedlots routinely use antibiotics to maintain animal health in crowded, often dusty conditions. It is a global practice to collect the manure that feedlots accumulate and spread it on agricultural land to improve fertility.

The World Health Organisation nominates antibiotic resistance as one of the biggest threats to global health, food security and development.

Another of Mr Abbas’s UNE supervisors, Dr Nick Andronicos, a senior lecturer in Biochemistry and Immunology, said the potential for feedlot manure to contribute to human antibiotic resistance is compounded by the use of the same classes of antibiotic for humans and animals.

“If we used different classes of antibiotics in feedlots to those we use in human health, then the growth of antibiotic resistance might be slowed,” Dr Andronicos says. “At the moment, that’s not the case.”

Feedlot conditions may also be accelerating the evolution of antibiotic resistant microbes, Mr Abbas wrote in his findings.

“… animals living in a limited area such as a feedlot yard enhance the transmission of bacteria via direct contact among animals or through the ingestion of polluted food and water in faeces, and thus encourage the establishment of new strains of antibiotic-resistant bacteria in their products, especially manure.”

He assessed 11 types of antibiotics by growing colonies of bacteria harvested from fresh manure, and soils treated and not treated with feedlot manure, and exposing the colonies to a standard and then double-dose of each antibiotic.

Levels of antibiotic-resistant bacteria plunged sharply in feedlot manure that was stored for at least five months. Dr Winter believes that this was likely due to anti-microbial effects like sunlight, high temperatures, acidity, and moisture.

Mr Abbas’s work provides further confirmation that antibiotic use in livestock is potentially limiting future human health options, Dr Andronicos says. “Everyone is aware that there is a problem, but so far we haven’t developed effective solutions to break these cycles.”

“Many livelihoods and substantial parts of our food systems have come to depend on intensive livestock production, which in turn depends on a degree of antibiotic use.”

“We need to come up with innovative solutions, but do so carefully so we’re not short-changing either food production in a crowded world, or human and animal health.”

UNE animal health researchers work with the global One Health initiative in mind. One Health recognises that the health of people is connected to the health of animals and our shared environment.