CATTLE on feed for the March quarter across Australia declined by 12 percent from the record highs seen in December, according to the results of the latest Australian Lot Feeders Association and Meat & Livestock Australia survey.

The two largest lotfeeding states, Queensland and New South Wales, both experienced substantial declines in cattle on feed, as the impact of February rain on paddock conditions took effect. Queensland decreased by 113,422 head, or 16pc, to 606,633 head, while NSW fell by 13pc or 45,584 head 304,110 head.

Feedyards of all sizes were impacted by last quarter’s decline in operations. ‘Opportunity’ yards 1000 head or less in capacity fell 19,000  head or 28pc between December and March, while yards from 1000 to 10,000 head in size fell 19pc, or more than 80,000 head. Yards larger than 10,000 head in capacity, which make up more than 60pc of total national capacity, and are responsible for much of the industry’s ‘program’ business, dropped 7pc, or 51,000 head.

ALFA president Bryce Camm said the declines in cattle on feed were not unexpected given the seasonal change and resulting higher feeder cattle and grain prices over the period. 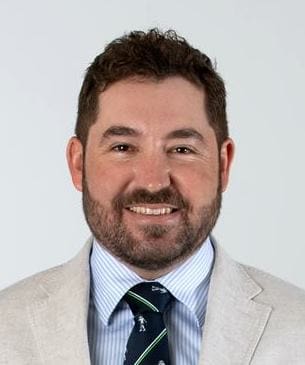 “It has been a solid start to the year and pleasing to see much needed rain in a number of cattle growing regions, off the back of very challenging years of drought,” Mr Camm said.

Resulting confidence in the restocker market had driven stiff competition for feeder cattle, impacting price and limiting cattle availability, while grain prices had also remained persistently high, culminating in feedlot utilisation dropping by 12pc to 78pc in March. Utilisation rates in September and December last year, during the depths of the drought, were close to 90pc.

“While the full extent of COVID-19 isn’t reflected in these quarterly results, we do expect to see subdued numbers of cattle on feed over the coming months given the level of uncertainly moving forward,” Mr Camm said.

Despite cattle numbers falling, national feedlot capacity reached a new record high, increasing 1pc on the December 2019 quarter to 1,397,470 head. Much of this was attributable to expansions at existing feedyards, rather than construction of new facilities.

This reinforced the investment confidence in the feedlot production system over the long term, Mr Camm said.

MLA’s senior market analyst Adam Cheetham reported that records had also been set for grainfed cattle turnoff and prices during the last quarter.

“With cattle on feed reaching an all-time high in December, it was not surprising to see turnoff increase 21pc to a record 863,403 head during this past quarter,” Mr Cheetham said.

Continued demand for high quality Australian Beef from export markets and a limited supply pool resulted in strong demand for finished cattle which also drove price during the period.

The Queensland 100 day grain fed steer over-the-hooks indicator broke new ground in the March quarter, reaching a peak of 649¢/kg carcase weight and averaging 613¢/kg for the quarter, up 1pc from the December quarter and 11pc higher than year-ago levels, Mr Cheetham said.

“On the export front, volumes to China eased 18pc to 19,602 tonnes, as restrictions due to COVID-19 created logistical issues at ports in China from early January to the end of March; however these volumes were still 10pc above year-ago levels,” he said.

Despite uncertainty surrounding COVID-19, exports to Japan increased 2pc from the December 2019 quarter to 34,169t, however this was offset somewhat with volumes to Korea easing 11pc from the previous quarter to 12,571t,” Mr Cheetham said.