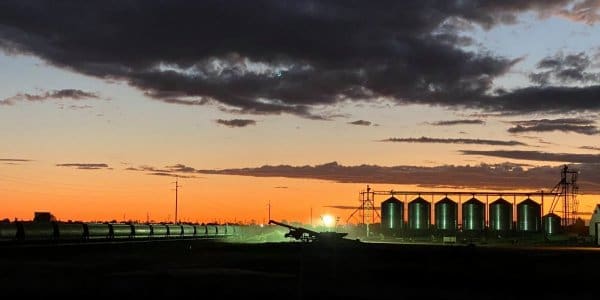 SHORT-COVERING in the northern feedgrain market has lifted prompt values for barley and wheat by $10-$15 per tonne in the past week, while the continued improvement to crop prospects has weighed heavily on new-crop markets.

Fuelling the northern lift has been a less-than-ideal sorghum harvest which is keeping supply-side pressure off the market, and a reduction in offerings ex Victoria caused by bids dropping to levels which hold no appeal for farmers.

On new-crop, widespread rain across the entire Australian grainbelt has bolstered yield prospects for crops from Western Australia to central Queensland (CQ), and has consumers and accumulators in no rush to extend coverage.

The CQ sorghum harvest was expected to be in full swing now, but rain over the weekend of 10-50 millimetres has slowed progress, and left some consumers scrambling to fill requirements.

“It’s being plagued by the weather, and it will take a long time to strip crops and dry them down if grain moisture is at 15 per cent,” Mr Furze said.

“There’s a pause in the harvest, and that means some people are looking for some prompt cover.”

Mr Furze said growers were already concerned about low testweights and high screenings caused by the dry finish to the growing season, and now high moisture and possible staining have added to their reticence to forward sell.

“The plus has been some good rain in pockets of CQ, and some more wheat should go in on this.”

Queensland appears highly unlikely to export any bulk cargoes from the current sorghum harvest, but a modest containerised export program to China, The Philippines and Taiwan is under way.

News this week that the Dalby Bio-refinery is to close temporarily could be mildly bearish near term.

CHS Broadbent Victoria senior grain merchant Tim Hayes said Victorian farmers were not interested in getting crop sold at these numbers now that they had fallen away so hard.

Mr Hayes said farmers appeared to be prepared to sit out of the market, as Victoria’s big crop was mostly sold at strong prices.

“There’s plenty of moisture in the profile from the Mallee through to the Western District.

“The BoM’s not going to disappoint.”

Some export demand for wheat and barley is evident in Victoria, and is providing some competition for domestic consumers.

Small spikes in the export-facing market have been occurring when the Australian dollar drops in value, and domestics appear to be buying when the Aussie is up.