WHEAT and barley have traded steady to $15 per tonne higher in the past week, with fading hopes for a big early wheat crop in Queensland behind the lift. 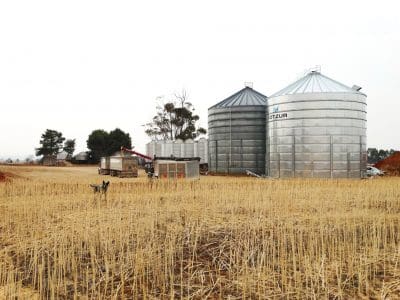 Harvest of the earliest wheat in central Queensland and barley in the Maranoa is expected to start late next month, but a largely disappointing rain event on the weekend has done little to bolster yield prospects.

This means volume from Queensland’s early crop will be insufficient to have any impact on the inverse of $80-$100/t which exists between current-crop and new-crop values.

However, yield prospects for almost all of New South Wales and Victoria look to be above average, and the inverse is expected to slim once the NSW harvest gets going in earnest on the north-west plains in October.

Pockets of the eastern Australian crop are looking for 15-25 millimetres to preserve their healthy yield prospects, and this has reduced grower interest in advancing forward sales of new-crop.

In South Australia’s western and central zones, Victoria’s north, and the south-western fringe of the NSW grainbelt could all do with a good drink to bolster subsoil moisture before days start to heat up next month.

“Just a bit north of us in Griffith, crops could do with one really good fall,” GrainLink trader Richard Gale said.

Crop conditions in Queensland vary widely, and have consumers looking to the Brisbane free-on-truck market for transshipped grain, and to road supply from NSW and Victoria, to carry them into October.

“What Victoria is to COVID, Queensland is to production,” one trader said.

“Right through NSW is fantastic, but Queensland is a different story.”

Many Victorian growers are still hanging on to reasonable quantities of on-farm barley, and will be looking to sell it by October at the latest.

“They will need to make space for new-crop, but they’re not in a hurry to do it.”

Traders have largely switched their attention to new-crop, and carryover grain is being priced through grower brokers.

“There’s a lack of liquidity on old-crop.”

This is being felt by buyers in Queensland who are continuing to cover some of their needs from the Brisbane FOT market, as well as sourcing by road from the south.

“The old-crop Downs market has firmed up on barley,” one consumer said.

“People are wanting to get covered all the way up to end of September and into October, when we can expect to see a reasonable volume of wheat and barley from Queensland and northern NSW.”

Unpriced up-country supplies of wheat in NSW and Victoria are seen as just about exhausted, with containerised exports now mopping up what the bulk export program has left behind.

Sorghum values have softened, with only poultry farms and piggeries in the prompt sorghum market, and a great deal of uncertainty as to where to price new-crop.

“New-crop looks cheap compared with where we’ve been, but it looks expensive if we have a big crop.”

Following a spike last Thursday, nearby ASX wheat and barley futures either advanced further or held ground, but forward markets failed to maintain the advance.

Volume trade this week in all contracts and all months was around 2000 lots.  Open interest in 2021 wheat futures rose about 1000 lots to 11692 lots yesterday.