A long-term study has been launched to determine the effect of backgrounding vaccination regimes on feedlot performance and health.

Backgrounding is the growing program for feeder cattle prior to feedlot entry. It traditionally involves grazing of cattle on pasture, and in some cases the feeding of low energy roughage/grain-based supplements. 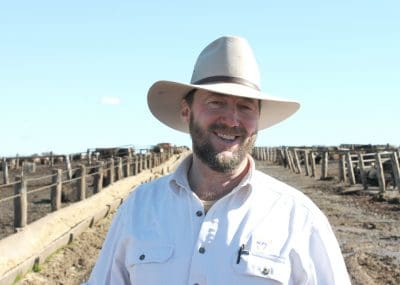 Meat & Livestock Australia is providing financial support for the project. MLA’s feedlot project manager, Dr Joe McMeniman, said the study was designed to separate the physiological and behavioural effects of backgrounding from the effects of vaccination and to evaluate them both separately, and in combination.

“The study is the first of its kind in Australia. There are no scientific publications available where controlled studies have been conducted in commercial feedlots and published in peer reviewed journals, to support the health and production effects of the BRD vaccines currently available in Australia,” Dr McMeniman said.

Some feedlots, particularly those in southern states, provide price incentives for feeder cattle pre-vaccinated for BRD protection prior to feedlot entry.

The study is being led by associate professor Paul Cusack of Australian Livestock Production Services in Cowra, NSW.

Dr Cusack said while the Australian industry had access to a range of BRD vaccines for use in either the pre-feedlot situation or at entry to the feedlot, no vaccine or combination of vaccines is going to eliminate BRD altogether.

“The study will refine our knowledge of the effects of backgrounding with and without the use of vaccines, and will clarify the most appropriate use of BRD vaccines to optimise animal health outcomes and financial returns,” Dr Cusack said. 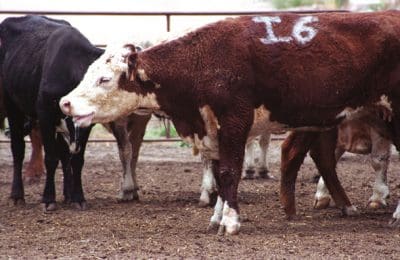 The study has been underway for the past two years at sites in Queensland, New South Wales, South Australia and Western Australia.

A total of 10,800 cattle will be involved in the project, with eight different treatment combinations being tested.

“We are pooling cattle from various sources into the backgrounding facility, where they must remain for at least four weeks,” Dr Cusack said.

“There are two reasons for that. The first is that it gives us the opportunity to get a proper secondary immune response to vaccines that require two shots – typically on entry to backgrounding and on entry to the feedlot.”

It’s also based on findings from the National BRD Initiative, which found that mixing cattle from various sources in a backgrounding environment, rather than putting them straight into the feedlot, actually reduced the incidence of BRD subsequently if they had at least 28 days in backgrounding.

The backgrounded cattle are also being compared with contemporary cattle of the same market specification that have been placed directly in the feedlot, but held in separate pens.

Full analysis of the data will be conducted once the study is completed in autumn 2017.